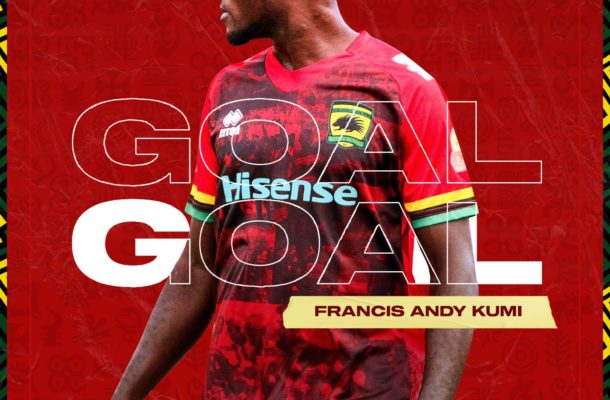 He first provided an assist for Brazilian midfielder Fabio Gama as he scored the second goal of the game.

The player who many Kotoko fans hope will emulate the path trodden by former striker Kwame Opoku did not disappoint as he scored the third goal for his side.

Kumi flicked home deftly with the back of his head from a perfect cross from full back Imoro Ibrahim in the 63rd minute to give Kotoko a three nil lead.

He came on briefly in their 1-1 drawn game against Techiman Eleven Wonders last Saturday.

Kumi was taken of in the 79th minute for Brazilian striker Michael Vinicius who added the fourth goal for the club three minutes after coming on.

There were two goals scored by Kotoko in the first half with a bullet free kick from Ismael Ganiyu from about 30 yards in the 12 minute before Fabio Gama added the second goal for Kotoko in the 42nd minute of the game.