VIDEO: 'We want to become billionaires by joining the Immigration Service' 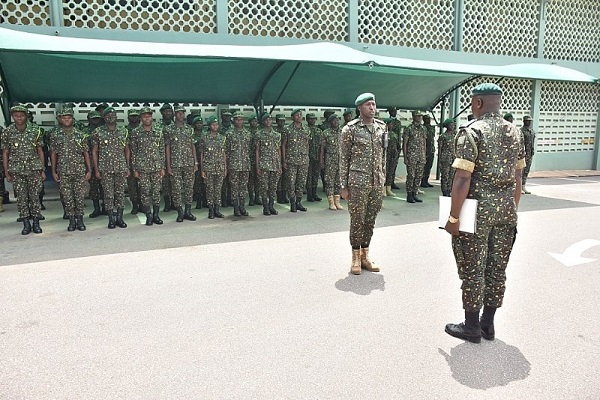 Two prospective recruits have stunned netizens with their reason for wanting to join the Ghana Immigration Service (GIS).

According to the pair who gave their names as John Asante Junior and Eric Obeng Nrenya, their motives for joining the GIS is to become billionaires.

The duo in an interview on the GTV Breakfast Show on Monday said they would be relying on their salaries as officers of the GIS to achieve their lofty goals.

Watch the interview below;

They also disclosed that they travelled from Kumasi to participate in the recruitment exercise at Cantonments in Accra.

The GIS is hoping to recruit about 2,000 recruits and cadets, following clearance from the Ministry of Interior.

Meanwhile, some netizens have been reacting with amusement and surprise to their interview;

In July 2021, the government gave clearance for the security services to employ personnel to augment their staffing.

The clearance was contained in a letter signed by the Minister of Finance, Mr Ken Ofori-Atta, to the Ministry of Interior who received the letters on behalf of the four security services.

Dated June 21, 2021, the Finance Minister indicated the effective date for the recruitment as August 1, 2021, and that the clearance would expire on December 31, 2021.

The Ghana Police Service would engage 5,000 personnel “to deal effectively and adequately with the issues of combating existing and emerging crimes and protect the citizenry.”

While the Immigration, Prisons and Fire services each would engage 2,000 personnel to augment their workforces across the country.