VIDEO: Which is the best goal scored by Ghanaian players in the EPL ? 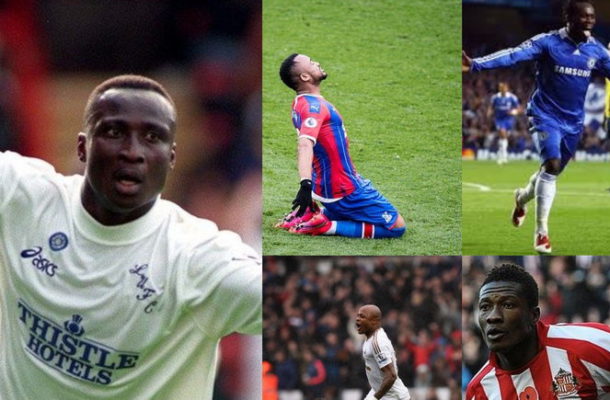 The Premier League is undoubtedly one of the greatest leagues in the world and fortunately some Ghanaian have had the privilege of playing in the EPL.

Among the tall list of Ghanaians who have had the chance to play in the elite league include Anthony Yeboah, Alex Nyarko, Michael Essien, Kevin Prince Boateng, Sulley Muntari, Asamoah Gyan, John Mensah.

Others include Andre Ayew , Dede Ayew, Derek Boateng, John Paintsil,Christian Atsu among others.

Which of these goals below scored by Ghanaian players  will you choose as your best.