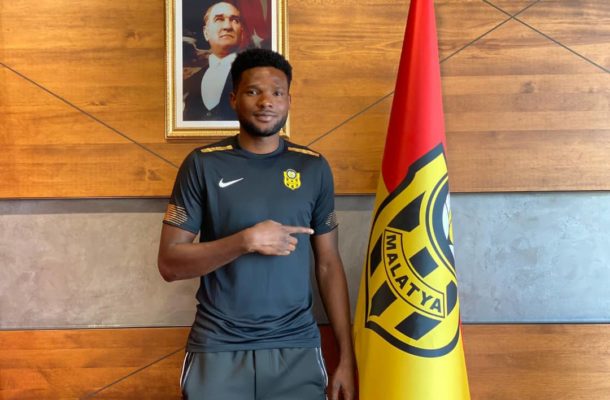 The newly promoted side have agreed a one year long loan deal with Czech top-flight club Sparta Prague .

Tetteh, 23, underwent his medical which he passed and completed the fine details of the deal on Saturday afternoon.

He will have to prove his mettle in the Turkish league after his new side reportedly paid his parent club 1 million euros with a further 4.5 million euros should the deal be made permanent after the one year loan spell.

According to reports the option to buy the player permanently will automatically be activated should he play 60% appearances for Yeni Malatyaspor.