VIDEO: You and your ministers are not knowledgeable - Badu Kobi jabs Akufo-Addo 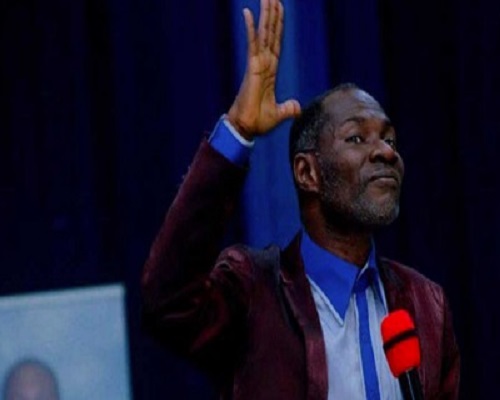 Prophet Emmanuel Badu Kobi is in Akufo-Addo's throat again. This time, he has fired the Ghanain President and his ministers for doing nothing about the country's economy.

According to the founder and leader of the Glorious Wave Chapel, people are praising the current administration but in the actual sense, the authorities are not in control of the helm of affairs of this nation.

In a video available to zionfelix.net, he told his congregation during a church service on Sunday, February 23, 2020, that the President, Nana Akufo-Addo and his ministers are not well-versed when it comes to the economic management of Ghana.

Prophet Badu said they cannot explain the word economy if they are asked.

He said the good living of families in a country determines how good an economy is and not figures from the World Bank.

Prophet Badu Kobi revealed he is praying for the Ghanaian authorities to invite and question him based on his comments and he will drill them.

He added that those who support President Akufo-Addo and his team are also unknowledgeable.

This follows his earlier statement describing Nana Akufo-Addo as the worse Ghanaian President.


The founder and leader of the Glorious Wave Chapel has boldly asked the government not to invite him for questioning because they will forever regret if they take such an action. He described the president and his ministers as people who know nothing. Badu Kobi made this statement during Sunday, February 23 church service