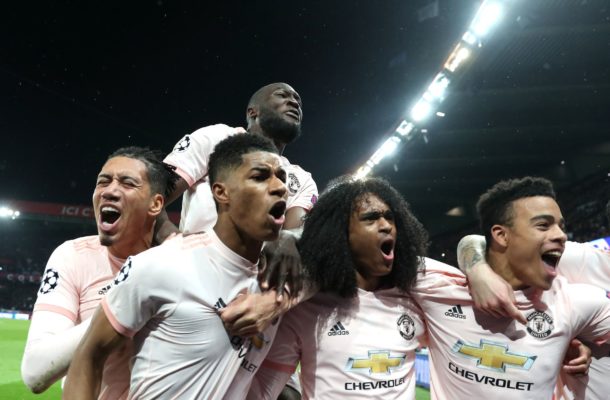 The viral video below shows a passionate Ghanaian supporter who accidentally broke his TV while taking a dig at former Manchester United star Angel Di Maria at full time.

Marcus Rashford scored a nerveless injury-time penalty as United staged an incredible comeback to beat the French giants on away goals and reach the quarter-finals.

The odds were stacked against United in Paris, but they became the first team in Champions League and European Cup history, at the 107th time of asking, to overcome a 2-0 or greater home first-leg deficit.