Video/Photos: Pitbull dog savages smaller dog and then mauls owner when she tries to intervene 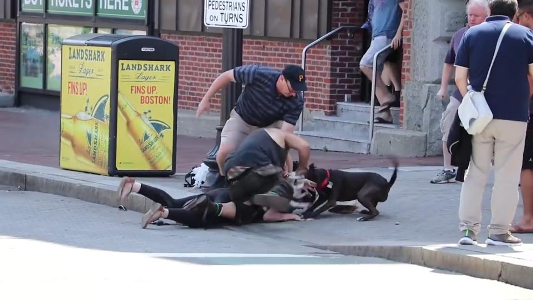 A couple who were at Boston for a Coldplay concert captured a horrific footage of a pitbull dog as it attacked a tiny beagle dog then turned to attack the beagle owner who screamed for help as she desperately tried to save her little dog from the jaws of the pitbull.

According to Raphael Fortin, who uploaded the vicious footage on Youtube, he and his girlfriend were about to attend the Coldplay concert when they “heard a loud yelling and shouting and realised that this was happening”.

The beagle owner tried to save her pooch but ended up getting mauled herself before passers by came to her rescue.

"The guy (who owned the pit bull) claimed that he got punched in the face which made his dog defend him and attack the smaller dog. I can't confirm if this is accurate.

"What I find sad in this whole thing is that all the attention and care were given to the girl. The guy was left alone by the crowd and even the cops which didn't seem to care about him that much. The girl left in the cops car. I assume she went to the hospital."

Cops arrived at the scene later on and then arrested the pitbull dog, the traumatized beagle suffered injuries to his neck but has since been treated.

More photos and the video below.. 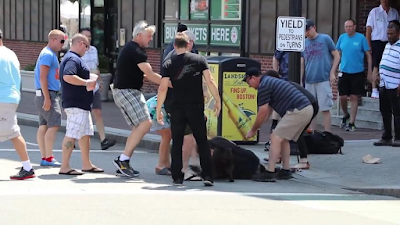 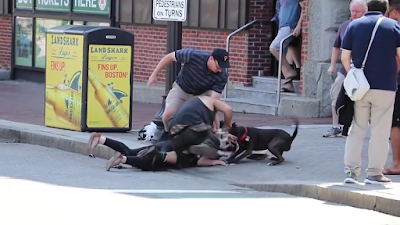 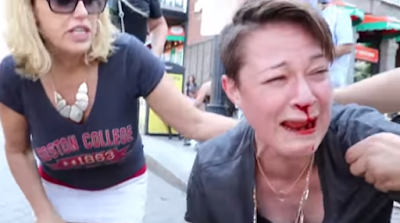 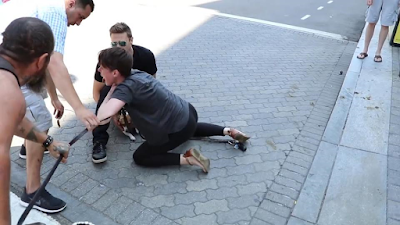 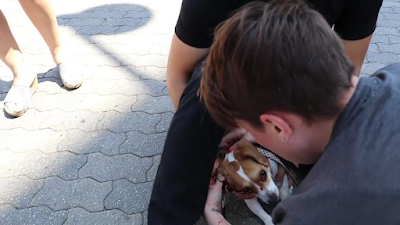 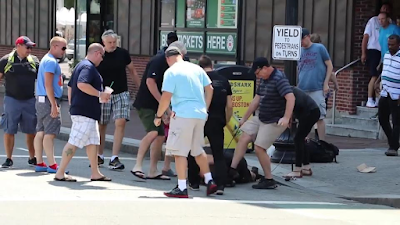 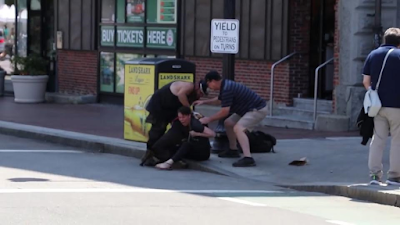