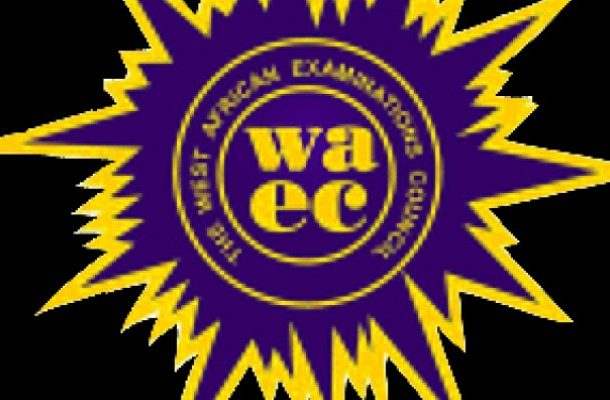 The West African Examinations Council (WAEC) has expressed worry over the drop in the performance of candidates in three core subjects of the 2018 West African Senior School Certificate Examination (WASSCE).Wendy Addy-Lamptey, the Head of the National Office of WAEC, said an analysis of WASSCE results for school candidates, 2018, showed that with the exception of Social Studies, there was a drop in performance in English Language, Integrated Science and Mathematics.Performance in the English Language dropped from 52.24 per cent in 2017 to 46.79 per cent in 2018.Integrated Science performance dropped from 52.89 per cent in 2017 to 50.48 per cent in 2018.Speaking at this year’s WAEC National Distinction Awards Presentation in Accra, Mrs Addy-Lamptey said the performance in Mathematics was no better as 41.66 per cent of candidates obtained grade C6 and better in 2017 as against 38.15 in 2018.She said there was a significant improvement in the percentage of Social Studies as it increased from 42.52 per cent in 2017 to 73.25 per cent in 2018.The Head of WAEC attributed the drop in performance largely to activities of rogue websites who peddled fake questions to unsuspecting students.“We wish to use this forum to urge all candidates preparing for 2019 examination to be wary of the fraudsters who are out to swindle them,” she said.“It’s advisable for students to concentrate on their books and try their hands-on past questions.”Mrs Addy-Lamptey said the WAEC Chief Examiners Report on past questions was a useful source of information for prospective candidates.She explained that in Mathematics, for example, the Chief Examiner listed some weaknesses of the candidates in translating word problems into mathematical statements, solving simultaneous equations and probability-related problems among others.For the English Language, she cited poor grammar, spelling, the use of abbreviated words and a dearth of sufficient vocabulary as some of the candidates’ challenges.Mrs Addy-Lamptey, therefore, recommended to candidates to read well-written materials to improve linguistic proficiency as well as embark on more exercises in comprehension, summary and essay writing.On examination malpractices, Mrs Addy-Lamptey said the act had become the most challenging threat to the integrity of examination globally, adding that the canker had also eaten deep into some schools.Dr Iyi Uwadiae, the Registrar of WAEC, explained that one objective of the Council’s Endowment Fund was to award candidates for outstanding performance with the view of encouraging academic and moral excellence among the youth in the sub-region.He announced that the Excellence Awards, in respect of WASSCE for School candidates, 2018, would be presented at the formal opening of the 67th Annual Council Meeting to take place in Freetown, Sierra Leone.Dr Uwadiae said two of Ghana’s best candidates would be rewarded at the event.He commended the awardees for their dedication and hard work stressing that; “I hope to hear about your exploits when I leave office later this year.”