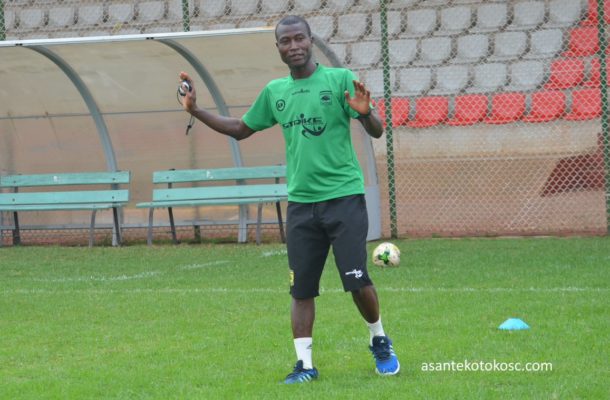 Kumasi Asante Kotoko not long ago dispensed off with the services of assistant coach Akakpo Patron with his position to be taken over by former coach of Karela United Johnson Smith.

According to special assistant to the executive chairman of the club, Nana Gyimbibi Coker, the club is considering re-assigning the former Kotoko player to another role in the club since he has his strength in other area.

In an interview with Kumasi Fm, he said it was time for Akakpo Patron to leave that was why they brought on a new face.

"We are considering re-assigning Akakpo Patron to another role,he has his strength and that is what we are trying to do. He's done his best and I think its time he leaves and make way for another person."

He also adds that they chose Johnson Smith on a lot of factors he cannot divulge but the role of assistant coach is a very sensitive one.

"They must be experienced and active and in recent times,considering coaches who are attached and active,you wouldn't pick any coach above Johnson Smith. His performance in the just ended NC competition speaks a lot, he has been in Kotoko many times,an experienced coach locally and internationally and a father figure to all." he added.