We go to Jordan Ayew for Ghanaian food - Cheikhou Kouyaté 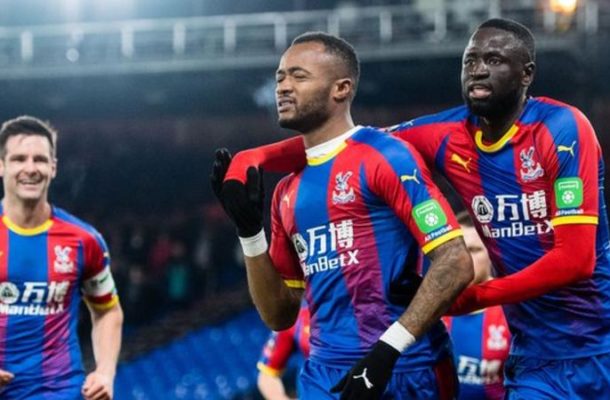 Crystal Palace midfielder Cheikhou Kouyaté has revealed how he in his fellow African players visit Jordan Ayew for Ghanaian food.

Ayew, 27 ha been in sensational form for Palace and occasionally serves the team mates with Ghanaian dishes.

According Kouyaté, visiting one another for food has become a practice to establish a strong bond, touting the unique unity and passion that runs through the squad at the English Club.

“We usually go to each other’s houses for food,” Kouyaté says.

“We play a game in training and if you lose, then we have to come to your home for food. Sometimes we go to Mama [Sakho]’s house, mine or [Christian] Benteke’s. My wife is a very good cook – we usually have Yassa chicken, which is a typical food from Senegal that has lots of onions, mustard and peppers served with rice and pasta.

It is really nice … you will have to try it one time. But it’s different every time. For example when we go to Jordan’s house we have Ghanaian food.”

Crystal Palace  signed the midfielder in 2018 from West Ham on a four-year deal for an undisclosed fee.
The 28-year-old Senegal international spent four seasons with the Hammers, making 129 Premier League appearances and scoring 12 goals.

He describes life at Palace as "easier" one, having come to meet former team mates.

“I knew there were a lot of African players here but the white people are like Africans also," he said.

You have [James] McArthur, Luka [Milivojevic, also a former teammate at Anderlecht], James Tomkins … These are people that I knew before I came and they have made things easier for me.

The team spirit here is unbelievable and it really helped with my integration. After nine months it felt like I had been here for five years.”