We have election to win not marriage - Atubiga slams Chief Biney 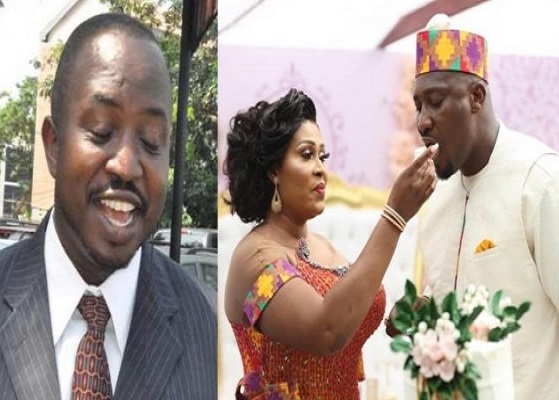 According to him, Chief Biney is no longer who the NDC thought he was.

In an interview that has gone viral on social media, Atubiga is heard slamming Chief Biney for marrying a woman from a rival political party.

"If you want a woman to marry from that party, it's not a problem, you can marry an ordinary woman who's nobody like Atubiga but you have gone to marry a gun that's always shooting at your leader ...I wonder if he can enter any studio and be firing at Nana Akufo-Addo and his NPP government", said Atubiga.

He also accused Chief Biney of toning down in recent times whenever he appears on Peace FM to communicate for the opposition party all because of his wife.

"Look at even his way of communicating at Peace FM lately, he's a different person, he's not hammering for us like the way we are doing. It's dangerous, we have an election to win oo, we don't have a marriage to marry", he fumed.

He said Mr. Biney has demonstrated clearly that he could no longer be trusted and if he wants the NDC party to rebuild trust in him, then he should divorce his wife.

"The NDC party wants victory, he should come and be an ordinary member and do whatever he has to do just like Atubiga and co or he should divorce and have nothing to do with that woman, then we build the trust from there", he added.

Asked why Chief Biney should divorce a woman he has married out of love over party politics, he replied: "party comes first before marriage, family don't matter".

Chief Biney who is currently the Deputy National Organiser of the NDC, married NPP's Afia Akoto, also the Deputy CEO of MASLOC in a colourful traditional ceremony yesterday.

The lovebirds have been in a relationship for sometime now until the decision to officialise it.

Their union since it was made known to the general public, has invited lots of talks amongst the NPP and NDC. While some think the two should be left alone to enjoy their life, others believe it has negative and positive impacts on both parties.