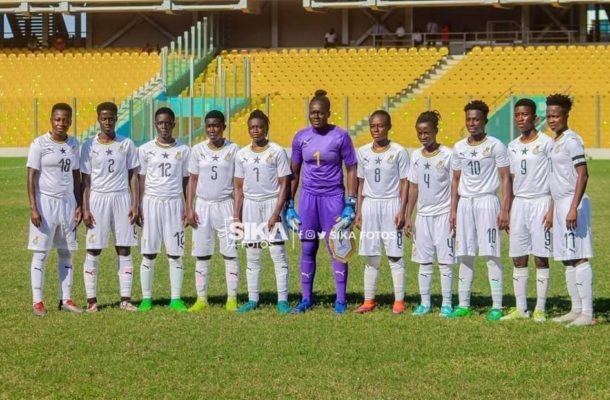 The Black Queens of Ghana bowed out of the Tokyo 2020 Olympic games qualifiers at the hands minnows Kenya.

Former skipper of the team Adwoa Bayor has laid the blame at the lack of experienced on the part of our team.

She also adds that we lost the tie because we failed to score a goal at home against the Harambee Starlet.

The Black Queens were eliminated on Tuesday by the Harambee Stars of Kenya at the Kasarani Stadium in Nairobi through a Jentrix Shikangwa penalty kick in extra time.

Since the defeat the inquest has started in earnest and the former skipper speaking in an interview with Accra based Happy Fm said she was heart broken by the defeat.

“I am saddened by the Black Queens defeat. The defeat was here because I noticed that the players didn’t play their hearts out for the nation",

“Most of the players are inexperienced so clearly you could see that they are not matured enough to play for the Queens".

“I blame the technical team because they should have blended the youth with the experience ones but these young players are not mentally up there to play for the senior team" she bemoaned.

“The coach should go to the regions and select new players who are experienced and matured to blend with the current ones and prepare for the AWCON qualifiers” She said.