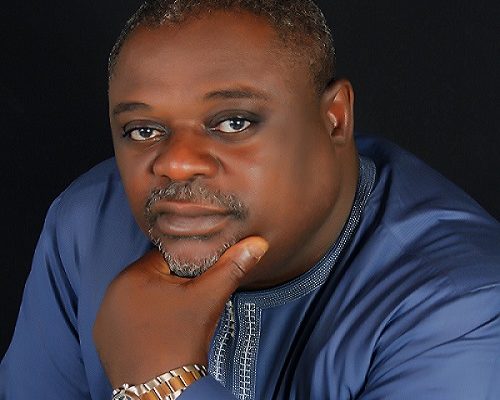 Following his announcement of returning to active politics in the National Democratic Congress (NDC), former Deputy General Secretary of the party, Mr. Samuel Koku Anyidoho, has begun receiving attacks from members and sympathizers within.

Mr. Anyidoho was suspended from the NDC in July 2021 over what the party said they had found him of "misconduct" and "anti-party behaviour".

One year after his dismissal from the party, Koku Anyidoho has announced he is back to have active engagements in NDC politics. He claimed he has not been sacked and that nobody can actually sack him from the party.

In a post on Twitter to announce his come back, Mr. Anyido, who is the Founder of the Atta Mills Foundation, said he will not pay a dime to those who have hijacked the party, adding that he would take back what legitimately belongs to him.

"I am back full swing into active NDC politics and we shall not pay any ransom to those who have hijacked our PARTY: we shall take back what legitimately belongs to us. "Revo Revo Revolution, has a long way to go but has come to stay". Who born dog? Nobody has sacked me from NDC and nobody can sack me from NDC," he wrote on Twitter.

However, Mr. Anyidoho's indication of returning to the NDC appears to have angered some party loyalists including United States-based Ghanaian journalist Kevin Taylor, who has asked him [Koku] to release the autopsy report of his late daughter before he tries to rejoin the party.

Although Kevin did not go into details as to why he quested the said autopsy report, but the loudmouth broadcaster believed doing so would clear Anyodoho's name after he was rumoured to have had his hands in the death of his daughter who passed last year in an accident.

While on his 'With All Due Respect' show Tuesday, Kevin Taylor termed Koku Anyidoho as a chain "weed smoker" who only wants a come back to the NDC to steal.

Kevin, therefore, cautioned the leadership of the NDC not to accept "hungry" Anyidoho back into the party.

"What has this Koku Anyidoho seen that today he wants to do active NDC politics? You don't belong to the NDC anymore, you are a piece of shit to the NDC because you've shown that you are a rational human being who can not have a conversation, you think everything revolves around Asomdwie Park.

"I'm warning you these NDC executives, those going behind the scenes and asking Anyidoho to come and rejoin the party. What is this corrupt guy bringing, he's only hungry, after smoking his stupid weed, he'll be selling the party out there; and you people would be crying, you don't give fools like these rules to enter your party," he fired as monitored by Ghanaguardian.com