‘Welcome to the sexist word’ — Victoria Hamah to Farida Mahama 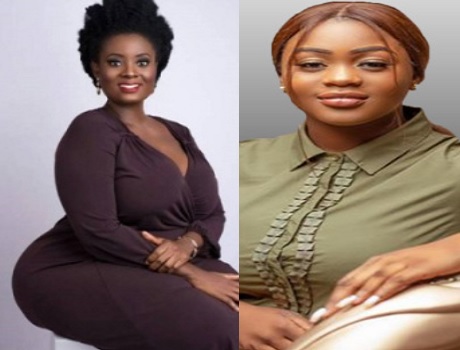 Former Deputy Communications Minister, Victoria Hamah, has welcomed Farida Mahama, daughter of former President Mahama to the ‘sexist world’ —  a world that is characterized by discrimination, typically against women, on the basis of sex.

Farida turned a year older on Friday, July 16, and Mr. Mahama flaunted her on his social media handles to celebrate her new age.

The ex-President's daughter has been trending since, as some members within the opposition National Democratic Congress (NDC) and the governing New Patriotic Party (NPP) thronged the online space to wish her well.

Switching to her Facebook page to celebrate her, Victoria Hamah acknowledged how beautiful Farida was and welcomed her to the ‘sexist world’. She remarked that at least Farida was lucky to be under the protection of a “powerful father”.

She wrote, “Well Farida is beautiful and indeed what they say "well endowed". I recall growing up and hearing such disgusting comments even from some of my teachers and running home to tell my parent and would have their support. Welcome to the sexist world Miss Farida. At least you have a very powerful father to protect you.”

“I wonder what these very young and well endowed but deprived girls go through in the hands of useless men like the author of this post!” She slammed.

In a separate post, Victoria Hamah cautioned parents to protect their daughters from the famous serial caller.

“If you have a young daughter please beware of; Nana Hesse Ogyiri!” She warned.