We'll hand over greedy politicians to ancestors to deal with them 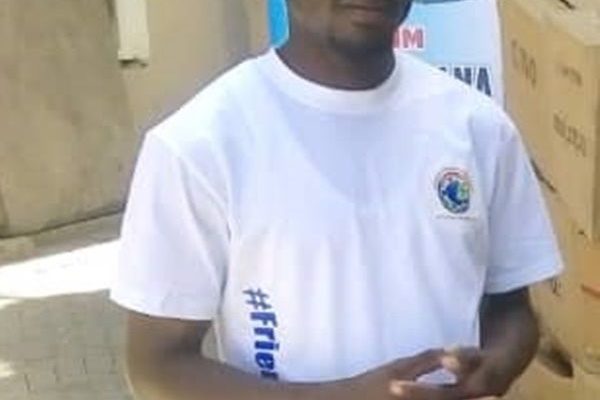 No time for demonstration again; our gods will lead us- Assin Youth tells politicians

Our ancestors are haunting us because of bad road network

The Network for Assin Development has expressed worried over the deplorable nature of roads in the Assin Municipality.

The President of Network For Assin Development, Mr Samuel Adobah who expressed this sentiment noted that 90 percent of Assin roads are deplorable.

This he said, successive governments have also turned a blind eye to their plight as if they are not part of Mother Ghana.

According to him, they only see these politicians trooping in during the election time and making empty promises to the electorates.

“For some time now, we have been having sleepless nights since ancestors are haunting us simply because we the youth have refused to push for developmental projects.

Our ancestors are therefore pressuring us to stand firm and ask for a fair share of the national cake.

It is sad to say some of our ancestors never set eyes on asphalt roads before they transited to the next world,” he lamented.

The road linking to Assin Brofoyedur, Akropong to Akim Oda have been in a deplorable nature since the creation of the world and nothing has been done about till now.

Mr. Samuel Adobah hinted that last year the government awarded a contract to one construction company to commence work on these roads but after elections; they flew away.

This he said, their Member of Parliament Hon Kennedy Agyapon and the MCE is aware of issues on the ground.

It is obvious that politicians have taken the Assin land for granted. They only visit us when they are in need of our votes. This is wickedness.

“As a matter of urgency, the Network For Assin Development wants to inform the prominent personalities such as Mr. John Boadu, Assin Central MP, Kennedy Ohene Agyapong, Assin North MP, and Assin South MP together with all the MCEs to collaborate and push for developmental projects.

It is shame to turn a blind eye to the plight of people who rallied behind you when you needed their support.

We are also calling on the government agencies especially the Ministry of Roads and Highway to take a critical look at the Assin bad roads before ending of this year.

The Youth of Assin land will not have time to mount any demonstration again but, we shall only hand over these duty bearers into the hands of ours ancestors to deal them mercilessly,” stated.