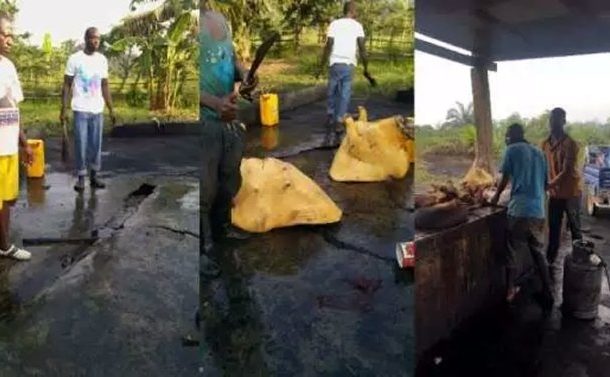 The deplorable structure that serves as a slaughter slab for residents of Enchi in the Aowin Municipality of the Western Region has become a threat to public health.

Some of the butchers who have been operating in the structure have expressed fears that the lives of many are at risk due to the unsanitary environment.

When the Ghana News Agency paid a visit to the place over the weekend, the butchers were busily using liquefied petroleum gas in singeing the carcasses.

Mr Halidu Yakubu, the Chief Butcher, told the GNA that they have informed authorities of the assembly about the unhygienic and poor state of the slaughterhouse but nothing has been done.

He said each time it rained heavily they were forced to return home because the place gets flooded.

Mr Yakubu said dogs, vultures and crows scavenge around the slaughter slab whiles the place is infested with maggots.

He said they were unhappy because their effort to get the attention of the assembly to address their challenge has proved futile.

Mr Yakubu said their demand has fallen on deaf ears, whereas the assembly was attending to other pressing needs in the municipality.

He pleaded with the assembly to place premium on their concern and treat it with the seriousness it deserves to avoid an outbreak of communicable diseases.

The chief butcher also appealed to the assembly to add the meat shop to the National Electricity Grid to enable them use the refrigerator to preserve their meat and meat products.

Information gathered by the GNA indicates that the butchers were threatening to boycott payment of revenue if a new slaughter slab was not constructed for them.

Mr Samuel Adu Gyamfi, Municipal Chief Executive of Aowin, in an interview with the Ghana News Agency promised to address the problem soon.