What do people do with nudes from past relationships? 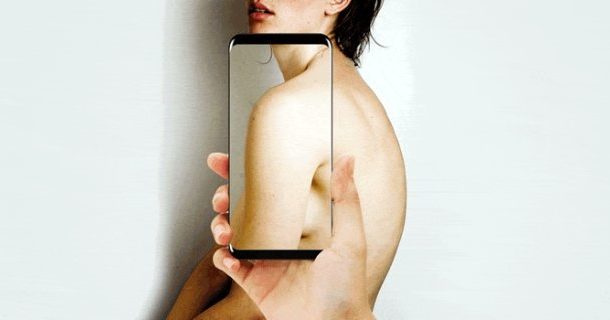 It’s 2018, so chances are you have been on the sending or receiving end of more than a few nude pictures. (Also known by their street name, noodz.)

Maybe you’ve sent what you think is a tasteful dick pic—an oxymoron if we’ve ever heard one—or an unfiltered photo of your butt (that we’re sure looked great!). Or maybe, God help you, you received an Airdrop on the subway from A Terrible Man.

Simply put: Chances are, pixels and parts have been sent and received. But what happens when the relationship fizzles? In most cases, sending nudes is a relatively harmless and consensual sexy exchange of horny content. Even if we don't really acknowledge it at the time, we're all aware that once a nude is in the cloud, there's really no telling where it could end up. Still though, what are the ethics surrounding the nudes that you've received in good faith? Is it good form to delete instantly? Is a secret little folder on your desktop only fair? What if you get back together? These are the types of 21st-century conundrums that digital daters face. We spoke to three New Yorkers about their habits sending, receiving, and archiving nudes.

Are both men and women sending and receiving the nudes?

The general consensus from all parties is that content in 2018 is shared generously. That being said, Devon, a 26-year-old woman, said she only sends and receives nudes when she’s serious—a.k.a. you won't be getting a nude from Devon just because you swiped right. Kathleen, who is 30, loves the rush of sending initially but after a few days the thrill is gone. Kathleen notes that a nude video—as opposed to a still photo—can take the sexiness to the next level. Videos can be personalized and seem more intimate, whereas photos can feel staged or mass.

Is the stigma around sending nudes gone?

Shoutout Snapchat. For millennials living in New York at least, sending nudes is as casual as ordering in Seamless. We can agree that nudes are no longer taboo. Like, at all. Although many of us can get a bit cagey admitting our habits, for the most part everyone agreed that nudes are a well-established part of dating culture.

“In my experience women are so quick to send nudes,” explained Joe an investment banking associate. “It’s considered ‘sexy,’ so there is less stigma.” He did voice his feelings that it wasn’t the same sexiness for men sending nudes. “I think there is some stigma with men sending them though, which is kind of sad.” [Ed note: Guessing the ubiquity and dominance of images of female nudity in our culture at large likely contributes to why pictures of the rarely seen male nude form might feel strange or jarring. In that sense, it is...sad.]

What do you do with nudes from relationships past?

The women delete. Joe does not, but does not stand as the single representative for his sex. Kathleen deletes all nudes from past flings in hopes of getting the relationship—and their accompanying bits—out of her mind. Devon is a quick delete, making sure she rids her photo album of good moments that have soured and shriveled (zing!). She feels it can be a bit invasive to keep nudes from past baes around but might scroll through old conversations to peek back at old magic. In an interesting twist, though, she hangs onto her personal old nudes for a confidence boost—the way LeBron James might look back at a highlights reel to get back into a groove.

Joe deletes nudes from girlfriends of his past, especially if the breakup was bad, but he does keep the “really good ones” in a camera roll. “They’re of random women who I’ve hooked up with a couple of times,” he explained.

What if a potential partner has an ex’s nude. Dealbreaker?

“If it’s loaded on their desktop or something, I’m out!” says Joe.

The same sentiment was echoed by the ladies. The existence of the nudes was not the problem. It was what their current partners would be doing with said nudes. “It would be an issue if a potential future partner kept looking back at an ex's past nude pictures or videos,” says Kathleen. Devon also wouldn’t mind but hoped her confidence-boosting nudes would be getting the job done already.