What Kennedy Agyepong told John Boadu before his defeat 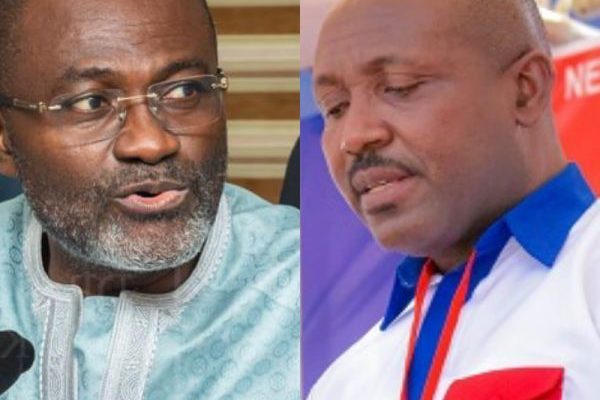 NPP Member of Parliament (MP) for Assin Central, Kennedy Agyapong, has given reasons why John Boadu lost the election.

Adding his voice, Kennedy Agyepong believes, JB's problem started when 15 Chairmen of the NPP openly declared their support for him.

"His problem was when all the 15 chairmen openly declared their support for him; that provoked members and they decided to vote against him," he said during an interview on Neat FM's 'Me Man Nti' programme.

According to him, "he’s (JB) one person I give a lot of information to. One thing I told him is that when members see that the establishment is behind you, they will vote against you and so he should do his campaign without the endorsement of bigwigs. They can do an underground campaign but it shouldn’t be open, but that is exactly what happened".

"It should be a lesson . . . they will resist. They are already angry with the party over neglect and so anyone the party will support, the grassroot will vote against them and I told him that. What else should I have done? I advised him to stay away from such endorsements because people were angry. I’ll tell you the truth," he added.