What you need to know about the 2020 population census 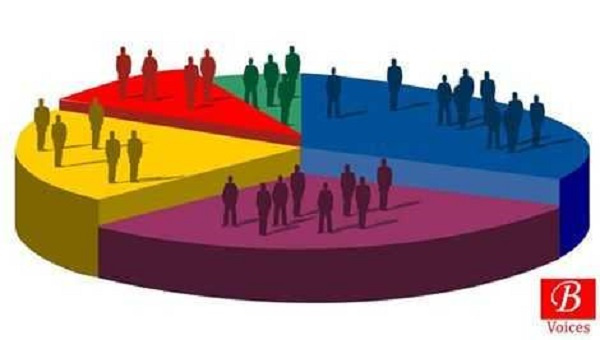 The Ghana Statistical Service (GSS) says it would need information on people's age, gender, level of education, marital and disability status during the 2020 Housing and Population Census, slated for March, next year.

Mr David Kombat, a Deputy Government Statistician, in charge of Services, told the GNA in Accra that, the GSS field officers would also collect information on how people dispose of their household waste, places of convenience, bathing spaces and ICT usage, which were not collected in the previous Census.

He said that information is needed because of the dynamics in development, to enable government to plan properly and provide basic social services to the people.

The data gathered, he said would be aggregated to enable private businesses, metropolitan, municipal and district assemblies and other government agencies, to provide services to the people within their operational areas and jurisdictions.

Mr Kombat urged religious leaders, traditional authorities and the media to support the National Census Publicity, Education and Advocacy Committee (NCPEAC) to educate and sensitise the populace on the relevance of the Census and how it would impact on the country's development efforts.

He encouraged both Ghanaians and foreigners living in Ghana to avail themselves and cooperate with the Census officials for a successful exercise.

Mr Kombat entreated the public to be truthful with their personal information to enhance accuracy and reliability, in order to aid proper planning and decision-making.

He said the GSS had completed the demarcation of the entire country into mini enumeration areas, and a field officer would be designated to each enumeration area for the Census.

Enumerators would be deployed to the areas to undertake listing of the various structures there a week before the Census Night on March 15, 2020.

The Deputy Government Statistician said the GSS would begin training of field officers recruited for the exercise in early January, next year, and equipped with the requisite persuasive skills for a successful Census.

Additionally, each enumerator would be given a tablet for the exercise, which would be the first-ever digital census in Ghana

Mr Kombat said everybody residing within the jurisdiction of Ghana would be counted once, except persons living in Foreign Missions and Embassies.

The National Census is expected to be conducted within 21 days and provisional result announced by July.

The first-ever Census was conducted in the then Gold Coast in 1891.

The last Housing and Population Census in Ghana was conducted in 2010, which recorded a population of 24.2 million, witnessing 30.4 per cent increase from 18.9 million recorded in the 2000 Census.

The Ghana Statistical Service is the government agency mandated to compile national census and coordinate surveys by other institutions in Ghana.

The Government of Ghana has budgeted GHc45 million towards the 2020 Census and already released GHc25 million for the preparatory phase of the exercise.