When the Manifesto launch gets interesting, the light mysteriously goes off 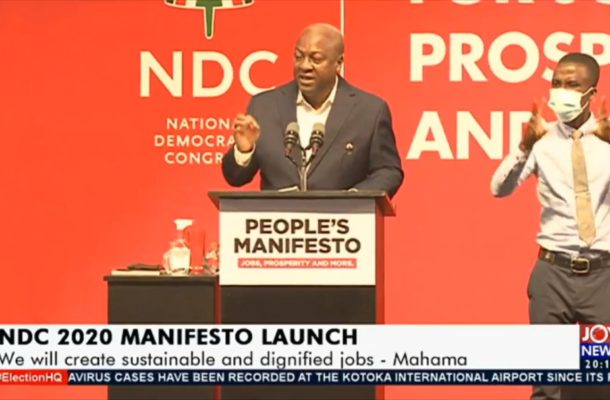 Let me first thank the manifesto committee for a good job well done. The initiative to have a bottom up approach yielded many fruits.

Some people see the ordinary people as brainless, can't think for themselves or at worse useless.

Let me again thank all those who called to share their thoughts with the executives about what they want to see in our manifesto. They came from all walks of life.

Police officers called, teachers, nurses, bar operators. Contractors who have built public toilets for the state and have not been paid, military officers, dress makers, market women and many others.

One dressmaker who appealed to me said, "why is it that those of us with rented stores, pay every bill and rate, however, those who do their business in their rooms, don't pay anything. Why is it that when we connect power from adjourning houses, we pay domestic rate but when you apply to get connected directly to the place of business, they charge you commercial rate? "she added that, I want to see it in your manifesto. Funny as it may sound, that was her worry, that was her need.

There were many more of these kind which ordinarily, will not find space in the manifesto.

I won't praise the grassroots and live the professional bodies. You are appreciated, you spoke your minds. You told us some of the things we didn't do well and didn't listen when we were in office and the things we should do and commit our strength to. As his Excellency John Dramani Mahama said, we are in this together.

We were in the middle of the event when I started having calls that lights were off at various locations including my plush Abeka Lapaz in Accra, Central region and many more .

When the heat is on, and you can't stop it, you call your brothers in the PDS office to do something. Nepotism is just bad.

You will be surprised to know the number of media houses that were approached to give them their airtime between the hours of 8:00pm and 9:00pm. I salute all those who said, we are committed to the NDC today. For the space we can start tomorrow.

In all, let's congratulate ourselves. Definitely some people's expectations couldn't find space.

Many thanks to the event organizers and production teams, media houses and media men guests, staff and workers of UPSA and many I can't mention .

A special thanks too to all our guests from the CSOs, the clergy, traditional bodies, unions and various associations and interest groups.

As an organization (NDC) in our efforts to bring the best out of us, ensure the rights things are done, we may have stepped on some people's toes, let's put it behind us for the sake of the umbrella and move on us a family.

Now we can all boldly say there are better days ahead .