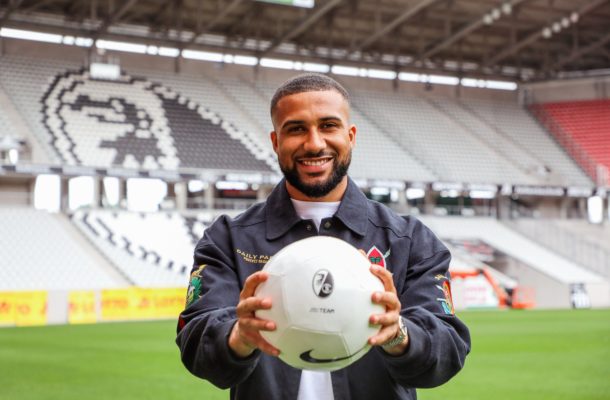 Director of Sport of German Bundesliga II side FC St. Pauli, Andreas Bornemann has disclosed that they are sad to see their prized asset Daniel-Kofi Kyereh leave the club for Freiburg but are also proud of him.

He says that the player they picked up from little known Wehen Wiesbaden two years ago has grown in leaps and bounds and that shows the good work they are doing at St. Pauli.

Daniel-Kofi Kyereh is now a full Ghana International and helped Ghana qualify for the 2022 FIFA World Cup in Qatar and will also played at the 2021 AFCON tournament.

Director of sport Andreas Bornemann: Kofi arrived from Wehen Wiesbaden two years ago and has made outstanding progress. He's an international player now who is moving to the Bundesliga and looks set to be competing in the Europa League soon, which is an absolute success story for him personally but also confirmation of the work we're doing at FC St. Pauli. So while we're sad to let Kofi go, we're also proud of him. We wish him every success with SC Freiburg in the league and in Europe." he told the St Pauli website

The German-born Ghanaian has played twelve international matches for the Black Stars.