Who will win English Premier League? 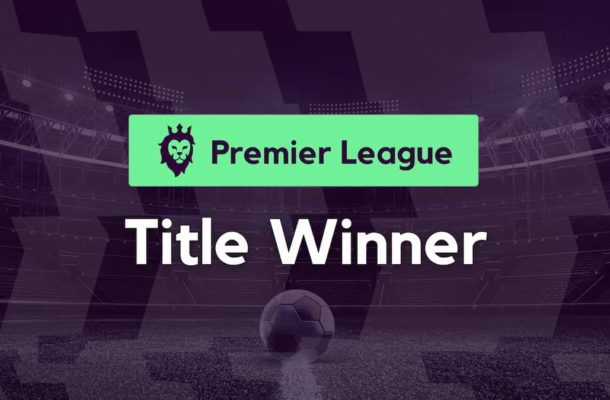 The 31st edition of the English Premier League is starting this weekend, and it’s going to be a unique season. The World Cup will interrupt it for a month in November and December, which means we will have a quite long Premier League campaign until late in May.

Manchester City, who won back-to-back titles are looking for three in a row, the feature that only Manchester United managed to pull off. They did it twice (98-01 and 06-09). The Citizens’ biggest rivals in the past several years are Liverpool, who ended the previous season with just a point behind Pep Guardiola’s side. These two teams are the biggest favourites to win the English Premier League this season, but we will also take a look at other potential contenders.


Manchester City is dominating English football in recent years; they won the title in four of the last five seasons, and are the most serious candidates to win it in 2022-23. Pep Guardiola’s team won it in the final round last season after coming back from a 2-0 deficit to beat Aston Villa at home. The champions brought the Norwegian goal-scoring machine Erling Haaland from Borussia Dortmund and now will have to accommodate a new style with a true, powerful centre-forward.

Manchester City used to deploy Raheem Sterling as a false nine and Gabriel Jesus didn’t really fulfil his potential at Etihad. Both players left the club this summer. The Citizens also sold Oleksandr Zinchenko, while Fernandinho left for free. Bernardo Silva is eyeing a Barcelona move. While still a clear favourite with bookmakers, we don’t think Manchester City will defend the trophy.

Odds for Manchester City to win the EPL title: 1.61.


It’s not the first time that Liverpool fell short in the race for the Premier League title like it happened last season. They were the champions for a few minutes before City came from behind against Villa to take the trophy back, and Jurgen Klopp is ready to take his team to the wire once again. Liverpool was in the chase for a quadruple but ended with two trophies in the cabinet: FA Cup and Carabao Cup.

The Reds said farewell to Sadio Mane and acquired the Uruguayan Darwin Nunez in a corresponding move. Nunez already scored a brace in the Community Shield victory over Manchester City, and it seems that Liverpool’s style suits him very well. We know that Klopp rarely misses with transfers, and with the most powerful attacking line in the league, he can go all the way this year.

Odds for Liverpool to win the EPL title: 3.50


One of the teams with an outside chance is Tottenham Hotspur. Antonio Conte brought Spurs back to the Champions League, and with his 3-5-2 formation, he is capable of making some surprised this season. Harry Kane and Heung Min Son stayed at Tottenham Hotspur Stadium, and Spurs brought Richarlison from Everton to bolster their attacking options.

Ivan Perisic came from Inter Milan, and will likely serve as the team’s No. 1 option on the left flank. With exciting Dejan Kulusevski in the mix, Tottenham have the quality to finish in the top 4, but are they good enough to win the title? We don’t think so.

Odds for Tottenham to win the EPL title: 13.0


We wouldn’t be surprised if Arsenal finish above Chelsea this year. It looks that Mikel Arteta finally has a decent squad after bringing reinforcements during the summer transfer window. Arsenal spent over €132 million on new players and are really stronger now than in 2021-22. Gabriel Jesus, Zinchenko, and Fábio Vieira are more than good enough to be regular starters at Emirates. While we don’t think Arsenal have a chance of winning the Premier League, we do believe the Gunners are quality enough to reach the UCL this time around.

Chelsea is going through a lot of changes and that’s never good for a team with championship aspirations. Thomas Tuchel got rid of Romelu Lukaku, and will probably offload Timo Werner as well. The Blues bought Raheem Sterling, who will instantly become a star at Stamford Bridge, alongside Mason Mount, Kai Havertz, and Reece James. They have a talented, young team, mixed with some very experienced players, but there is no power in the attack to take down the rivals and win the Premier League.

We will mention Manchester United (+3300/34.00) only because they are a part of the Big Six. Erik ten Hag took over the role of a manager at Old Trafford and a former Ajax head coach will start with the rebuild. The club, for now, decided to keep unhappy Cristiano Ronaldo, but there is still enough time before the transfer window end for that to change. The Red Devils should consider themselves lucky if they manage to end in 4th place and secure the Champions League.

Odds for Chelsea/Arsenal to win the EPL title: 21.0

Who will win English Premier League? Our Prediction


Competitive for a few years in a row, Liverpool became not only a force in England but also on the continent. The Reds played the Champions League final in three of the last five seasons and were also the only team that managed to erupt Manchester City’s domination for one season.

The absence of Sadio Mane is will not be a problem for Liverpool, who have the deadliest attacking line in the Premier League, if not in the world. Salah, Diaz, Nunez, Jota, and Firmino are making a quintet of forwards capable of unlocking any defence in the English PremierLeague. With the rock-solid defence made of Alisson, Van Dijk, Matip, Alexander-Arnold, and Robertson, who are also the best-attacking full-backs in the league, Liverpool can go all the way.