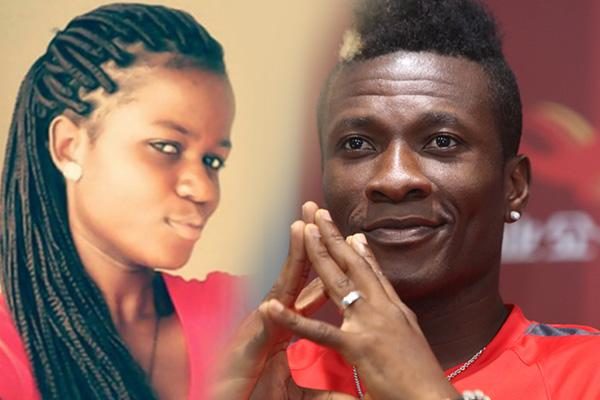 Popular Lawyer Kissi Agyabeng who was lawyer for Black Stars Captain Asamoah Gyan and also represents investigative journalist Anas Aremeyaw Anas has given details of the circumstances under which he left the services of the embattled soccer super star after he handling his numerous cases including the one involving the alleged sodomy of Sarah Kwablah.

Readers will recall lawyer Kissi Agyabeng was the one who handled the case of Asamoah Gyan’s alleged sodomy of Sarah Kwablah while Sarah Kwablah was represented by lawyer Maurice Ampaw. The sodomy suit was followed by the release of audio recordings in which a voice resembling that of the Stars’ captain is heard pleading with a lady believed to be Sarah Kwablah to “delete something from her phone”.

The case took a different twist when police arrested a journalist, Osafo Anthony and Ekow Micah for allegedly trying to extort money from Asamoah Gyan with threats to release sex tapes involving him and the lady unless he paid 25,000 cedis. Sarah Kwablah is an ex-girlfriend of Ekow Micah.

Commenting on the issue himself, Asamoah Gyan confessed: “She (Sarah Kwablah) sent me a message on social media and we became friends, so after 2015 AFCON tournament, I came to Ghana and we met at STC where I train and because I’m married I introduce her as friend to my colleagues and after the training we drove in my dirty training kits to her house and we had sex,” Gyan said. Sarah however said Gyan sodomized her and she bled.

Lawyer Agyabeng was the lawyer who handled all the cases. He also handled the assault by Baffour Gyan of Graphic Reporter Daniel Kenu in Kumasi. He was also a key transaction advisor of the Gyan business empire and contracts.

But in a dramatic twist after handling the most controversial sodomy case of Asamoah Gyan, the lawyer has decided to recuse himself from all Gyan’s cases after they agreed to part ways professionally.

“I gave his brief back to him last year because I felt that we were not at par with reasoning… I have been his backbone for many years. Sometime last year, it became apparent that we could not agree on certain matters so I had to go to court and recuse myself from all his cases,” he told Bola Ray on Starr Chat Wednesday.

He, however, maintains he has a cordial relationship with the footballer since they have been friends for many years.

Asamoah Gyan who has therefore hired the services of a former Graphic Communications Group employee who is now a lawyer based in Tema, one Edwin Kusi-Appiah to represent him in court. Not much is known about Asamoah’s new lawyer whose competence may not be in doubt, but Ghanaians on social media believe he is no match for Yoni Kulendi, who represents Asamoah Gyan’s wife.