Why homosexuality should be legalized in Ghana - Leila Djansi 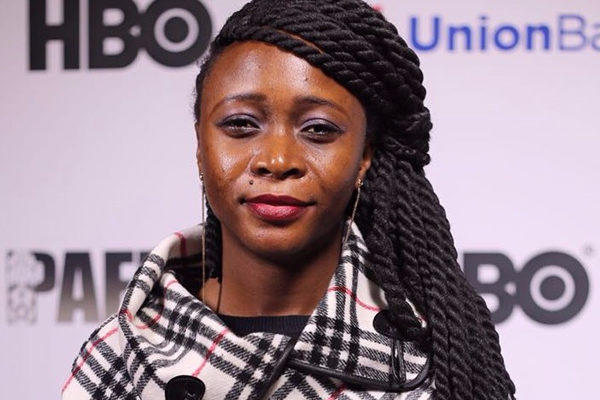 Among the reasons highlighted, she has asked the parliament to consider legalizing homosexuality in Ghana to protect vulnerable young men and women.

According to Leila, Africans practiced homosexuality before colonization adding that until the introduction of Christianity, these practices were a part of the Ghanaian culture.

“Anyone who tells you homosexuality has never existed in African culture hasn’t really read up on African culture! My momma told me about the practice of woman husbands in Peki years ago. If anything, Christianity is what wiped out these practices in Africa. Christianity took out a lot of African culture and even taught Africans how to dress well, covering their breasts and chests. I laugh when men on social media stamp their feet and accuse women of indecent dressing. Please when did y’all learn to wear trousers and shirt? You have a lot to thank the first ships that docked on your shores for.”

One can recall that the likes of Lydia Forson, Deborah Vanessa, Wanluv the Kubolor, and many others have fought against the passage of the anti-LGBTQ bill currently brought before parliament. 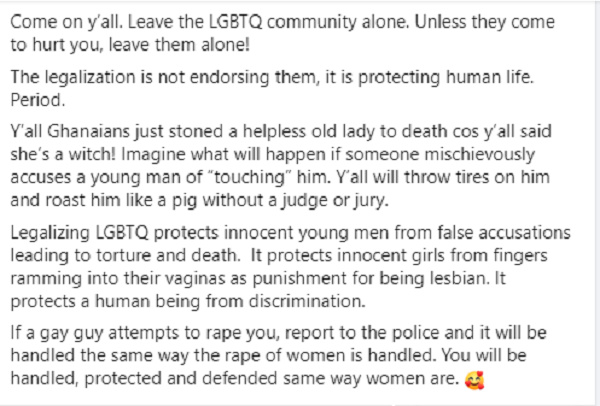