"Why I didn’t serve in his government"... Mahama can answer that – Koku Anyidoho 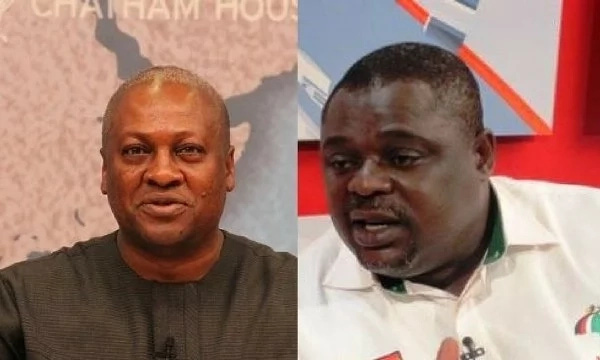 The Deputy General Secretary of the opposition National Democratic Congress (NDC), Koku Anyidoho has stated that he has no idea why John Mahama didn’t give him an appointment during his tenure as president.

In a report by MyNewsGH, he stated that John Mahama is the best person to answer the question, as he was the one who could have given him the opportunity to serve.

He however added that though he never served in a public office, he played his role in the party. To him, the relationship between the two of them is “smooth”.

Deputy General Secretary of the NDC, Koku Anyidoho
“From the party perspective, I served him. Who was I working for when I said ‘comfortable lead’? Is it not John Mahama? Whose name did I mention in that press conference?”

He then took the opportunity to dispel the notion that the press conference at which he passed that comment was organized to mock John Mahama.

Koku Anyidoho went on to say that his relationship with John Mahama was borne out of a call to duty.

I want people to listen to my music – Kobla Jnr