Why Is Japan slowly opening up to casino businesses? 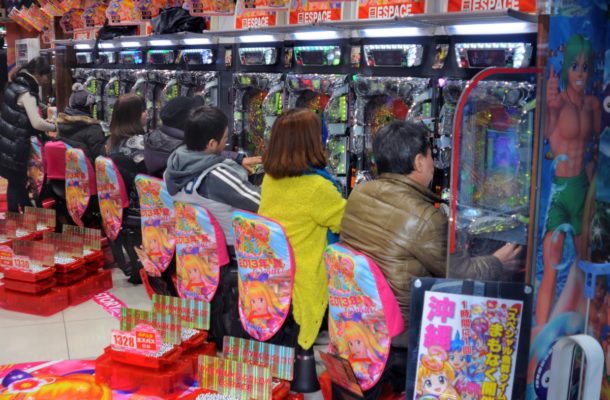 Casinos are getting popular in Japan

Gambling has always proven to be a delicate subject in Japan. And despite the fact that Chapter 23 of the Criminal Code had forbidden this pastime, there were some notable exceptions to that rule. Today, casinos have also been included in this particular exception.

Prior to the introduction of the latest amendments, betting on certain motorsport (asphalt speedway motorbike racing, bicycle racing, and powerboat racing) activities including horse racing was and still remains some of the permitted betting activities.

It’s however, important to note that these activities are only legal because they are continuing to be permitted by special laws. These are laws that are frequently regulated by governmental corporations and local governments.

With ticket booths and countless circuits being available in many cities, e.g., Nagoya, Osaka, Yokohama, and Tokyo, and around the country, one continues to wonder why mainstream gambling forms have continued to remain elusive in the country. And what’s even more interesting is the fact that the lottery continued to remain a legal activity, despite being a form of gambling.

The lottery tickets which can be purchased at many ATMs were retailing for between a hundred and five hundred yens. With these tickets, the holders stood a chance to win as much as a hundred million yen or one million dollars. But it’s worth noting that the money handled out for all lotteries in the country is about fifty percent of the sales tickets.

All the remaining money goes to government organizations and other local charities. So by allowing the lottery to thrive in the country, the administration was basically creating a funding opportunity for other important areas.

So, what changed for the country to start legalizing casinos?

On July 20th, 2018, the country’s parliament formally announced that measures were being taken to decriminalize gambling. What this meant was that new casino revenue would start to flow in from gambling-based businesses which are expected to start being operational by mid this year.

When making the announcement, the statement stated that ‘the passing of this law would be followed by the creation of ‘integrated resorts.’ Simply put, in order for businesses to capitalize on these new laws, they would have to start creating a combination of conference rooms, casinos, shopping centers, and hotels that would all be under a single roof.
It’s a proposal that can be thought of as creating a smaller piece of Las Vegas, but which is to be based in Japan. The news from parliament came a few days after the Japanese Prime Minister Shinzo Abe publicly voiced his support for the decriminalization of the gambling sector. According to the premier, this would assist in stimulating local economies outside of Tokyo.

It would also assist in boosting tourism activities. This shift in a longstanding piece of legislation didn’t, however, come as a surprise to many, especially those who have been keenly following gambling-related legislation in other parts of Asia. Places such as Macau, Hong Kong, and Singapore have experienced tremendous success in the resorts and casino sectors in the last few years.
They are actually home to eight of the ten most profitable casino gambling businesses in the region and have helped in boosting the economies of their respective hosts. At the moment, some of the resort sites being proposed include Hokkaido, Osaka, Wakayama, and Nagasaki. Tokyo is an obvious choice that has already been suggested, though it hasn’t been recommended formally.

Government officials have stated that they expect the very first casino site to become operational at some point in the mid-2020s. The same officials have also stated that they are expecting to note accelerated progress. This shouldn’t come as a surprise as various US-based gaming companies such as Las Vegas Sands Corp. and MGM Resorts International have each pledged as much as ten billion dollars for each resort to be built.
Looking at the amounts being pledged, it shouldn’t take long for Japan to become home to some of the most expensive and prestigious companies in the world.

What's the local’s take on this new development?

Given the amount of coverage and buzz that has followed this new legislation, it’s quite easy for the locals to get overlooked. And as things stand, this is exactly what is happening in Japan with the decriminalization of gambling.
Some of the opinion polls taken in the country have shown that not many locals are enthusiastic about this move, despite being a move that will generate new revenue. The Japanese polls have shown that close to two-thirds of locals are against the move, with many citing reasons such as economic damage, increased addiction rates, and fears of increased crime incidences.

Nonetheless, the laws passed by parliament do have some important safeguards. The officials looked towards Casino de Monte Carlo and Monaco for inspiration on ways that they can use to ensure that the locals are kept at a bare minimum. Locals visiting the casino will be required to part with an entrance fee of fifty-three dollars as a way of dealing with addiction.
While not everyone is likely to agree with the decision arrived at by the officials, the serious investments that have started rolling in, and the passage of the new amendments means that there isn’t a lot that the locals can do to stall this development.

Once considered the safest place in Asia, Japan, like many other countries around the world has experienced its fair share of questionable activities. Top among these activities are the numerous businesses run and operated by the Yakuza. It should, therefore, not surprise anyone to learn that illegal gambling has always thrived in the country.
Apart from the other casino games that are popular in many casino businesses globally, Mahjong for cash is another game normally promoted by the Yakuza. It’s also the leading reason why a majority of the parlors where Mahjong is played in the country are closely linked to the Yakuza.

The crime organization acts as the enforcer for the parlor owners and is in charge of collecting money from players who have defaulted. While illegal gambling is mainly linked to gangs, sly betting chances have also been advanced by numerous gaming sites. Gamblers in the country can play games such as rock-paper-scissors competitions to walk away with the money.
Those that are able to win three times in a row get to walk away with as much as 1000 yens, after parting with a buy-in amount of three hundred and fifteen yens. An alternative to this is a five-win streak and a chance to get ten-thousand-yen prize money.

Where to play casino games legally in Japan?

As the country awaits the opening of legal casinos, this doesn’t mean that you still can’t have your share of fun. Albeit with a more limited number of games.
Remember that you can always wager on:
• Horse Racing
• Pachinko
• The Lottery
• Bicycle Racing
• Boat Racing
• J-League soccer

Also, it is possible to play in online casinos if one lives in Japan. GamblingGuy Japan offers a free list of the best online casinos who offer their services to Japanese residents.

By the authorities in the country agreeing to allow gambling-related industries and passing the requisite laws, many are of the belief that some of the direct crimes that have long been linked to the operation of gambling sites will start to decrease. This includes a high decline in the number of illegal casinos operating all over japan. But there are those that are still worried that the legalization could lead to indirect increases, which may lead to high addiction rates.