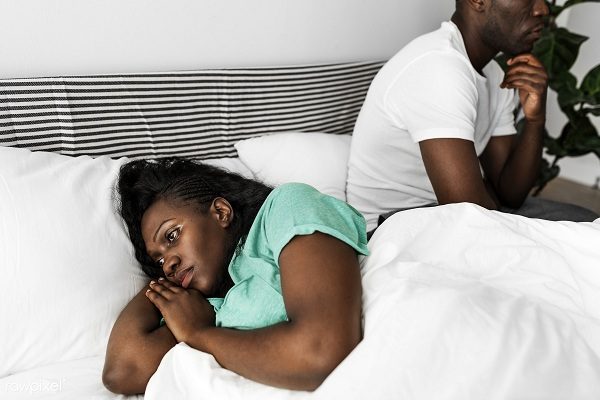 The 37-year-old woman revealed in a letter to ‘The SelShow’ that her husband has failed to meet her sexual needs in recent times.

She disclosed that while her sexual drive had increased, her husband has rather lost his fire for sex.

“When we got married, we could get intimate 2 to 3 times in a week but lately, my sexual appetite has gone up and my husband has been giving excuses of tiredness and work pressure, even though we are all professionals,” the troubled woman shared.

She further laments, “My husband is no longer able to take care of my sexual needs and this is worrying me because I cannot also cheat on him. I discussed with him severally, how he is starving me but he looks very helpless and seems not to have any solution for me.”

Shockingly, her husband bought and presented a sex toy to her in substitute of his manhood.

The worried woman needs advice on how to deal with the situation in order to avoid cheating on her husband.

“Is it right for a husband to buy a sex toy for the wife instead of performing his bedroom responsibilities? How do I get him to perform regularly because I can’t cheat outside, but he is also complaining of tiredness. I hope I am not demanding or asking for too much as a wife? Please help,” she wrote to the SelShow on Facebook.