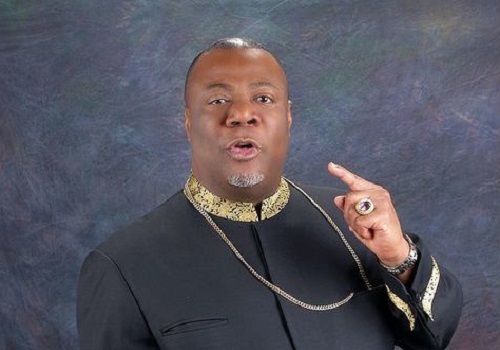 Presiding Archbishop and General Overseer of the Action Chapel International ministry, Nicholas Duncan-Williams has cautioned pastors who work in the prophetic ministry to be wise with their 2020 prophecies in order not to lose their heads.

Delivering a sermon at the Maker’s House Chapel International (Destiny Arena) Kwabenya at a service to dedicate the ultra-modern Church building of the Maker’s House Chapel, Archbishop Nicholas Duncan Williams, said there is a lot at stake for Ghana in the coming year and Prophets have to be circumspect in the way they exercise their prophetic insights.

“I want to say to those of you in the prophetic office that you need to be very wise in 2020. You will see a lot, but you need to be wise and exercise discretion so you don’t lose your head,” Archbishop Duncan-Williams said.

In a reference to the story of prophet Nathan’s encounter with King David in the Bible in 2 Samuel 12, the Archbishop indicated that “Nathan did not lose his head when he prophesied to King David about the affair with Bath–Sheba”.

Vice President Mahamudu Bawumia, who was the Special Guest of Honour at the dedication service in his remarks noted that he is deeply impressed with the state of the art facility that has been built by the Maker’s House without funding from any external sources but self-funded by the Church in Ghana. The Vice President admonished the General Overseer of the Maker’s House Chapel International, Prophet Micheal Boadi Nyamkye, to stay focused on his mandate and lead the people of God who have been entrusted into his care.

“To Dr Boadi Nyamkye, and the congregation of Maker’s House Chapel, I believe the Lord has called to this Church for a purpose and make the gates of hell not prevail against the Church,” Vice President Mahamudu Bawumia said.

The Markers House Chapel International (MHCI) is a Charismatic Church in Ghana. The vision of the Church is to be a Church of grace-filled people so that the Gospel is transferred from generation to generation. The MHCI believes that God has a purpose for everyone and that none of humanity is called to sit on the sidelines. As a church, they are committed to doing whatever they can to help people walk closer to God and experience life and the hope that He has for them.