Why women have less s3x as they age 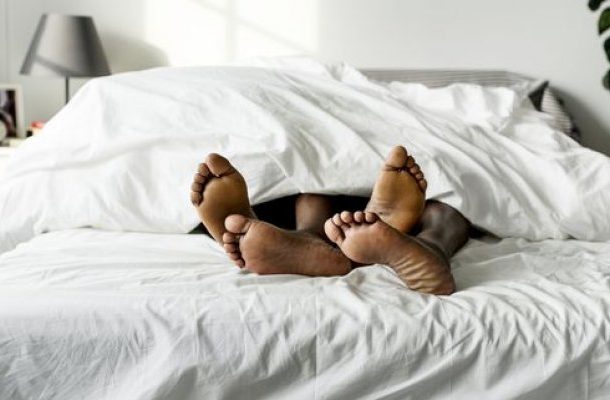 As women get older, they tend to have less sex. They may also find it less enjoyable than before.

So far, studies have explained these tendencies by pointing the finger at physiological changes during and after menopause.

What are the other factors?Research has repeatedly found that women report having less sex and deriving less pleasure from it as they reach menopause and beyond.One 2015 study in the journal Endocrinology & Metabolism Clinics of North America concluded that "[s]exual dysfunction increases with age and is highly prevalent among menopausal women."The same study referred to earlier research that noted that 42% of women transitioning into menopause reported symptoms of sexual dysfunction, and after 8 years, the number rose to 88%.Why does this happen? Doctors tend to focus on the physiological aspects, such as vaginal dryness and changes in estrogen levels, that may make sex more difficult or less enjoyable during and after menopause.However, these are not the only factors that have an important impact on a woman's libido or sex life.New research — by teams from the University of Sussex in Brighton, United Kingdom, University College London, also in the U.K., and the University of New South Wales in Sydney, Australia — shows that the sex lives of many women decline with age due to psychological stressors and other psychosocial factors outside of their control.The findings — which appear in the journal Menopause — are based on the data of 4,418 women with a median age of 64, all of whom participated in the UK Collaborative Trial of Ovarian Cancer Screening (UKCTOCS) and completed related questionnaires about their sex lives and sexual health.Health not the only key factor for sexThe women who responded to the UKCTOCS questionnaires answered questions regarding their levels of sexual activity and sexual function, as well questions regarding their reasons for not engaging or engaging less frequently in sexual acts.At baseline, the researchers saw that 65.3% of the respondents had a romantic partner, while only 22.5% said they were sexually active. These trends decreased over time, with sexually active women reporting having sex less frequently and finding it more uncomfortable.The team's qualitative analysis revealed that as time went on, the main reason a woman would not have sex was because they did not have a partner. In most cases, this was related to widowhood."I have been a widow for 17 years. My husband was my childhood sweetheart, there will never be anyone else," one participant said.Besides not having a partner, some women also cited overwhelming family responsibilities as a reason for not seeking sexual gratification. "There is no sexual activity in my life at present because I do not have a partner and I feel my role in life at present is to bring up my 12-year-old son, relationships come second," one woman responded.However, women also reported that many other factors affected the frequency of sex in their lives. By order of importance, these are:the fact that their partner had a medical condition that impacted their libido or sexual functiona partner's sexual dysfunctionthe woman's own health issuesphysical symptoms related to menopauseprescription medication affecting their own libido or sexual functionAs for having a low libido, many women said that problems in their romantic relationships, the logistics of organizing sex, and the way in which aging affected their self-image and self-confidence usually caused this.Only "a small minority (3%) reported optimistic and positive sexual experiences," the researchers write in their paper. Also, "[1 in 8] women in [the] study experienced sexual problems, but only 2% referred to [hormone therapy]," the authors note.'Open communication is important'"Sexual health challenges are common in women as they age, and partner factors play a prominent role in women's sexual activity and satisfaction, including the lack of a partner, sexual dysfunction of a partner, poor physical health of a partner, and relationship issues," notes Dr. Stephanie Faubion, the medical director of the North American Menopause Society."In addition," she adds, "menopause-related problems such as vaginal dryness and pain with sex have been identified as problems affecting sexual function, yet few women seek treatment for these issues, despite the availability of effective therapies."The authors point out that their new findings "have implications for clinical practice," particularly because healthcare practitioners ought to acknowledge the entire spectrum of difficulties that older women encounter, which together affect their sex lives and sexual satisfaction.The researchers also warn that "sexual difficulties are often underreported, underrecognized, and undertreated."In their conclusion, the authors encourage healthcare practitioners to have open discussions with their older female patients about these aspects, and to aim to become more informed themselves:"Open communication about sexuality, including desires, needs, and dysfunctions, is important and will reduce the threshold for women to discuss sexual function. Additional sexual education for [healthcare practitioners] is required to facilitate this process."Source: medicalnewstoday.com