Why women in China don’t get breast cancer REVEALED 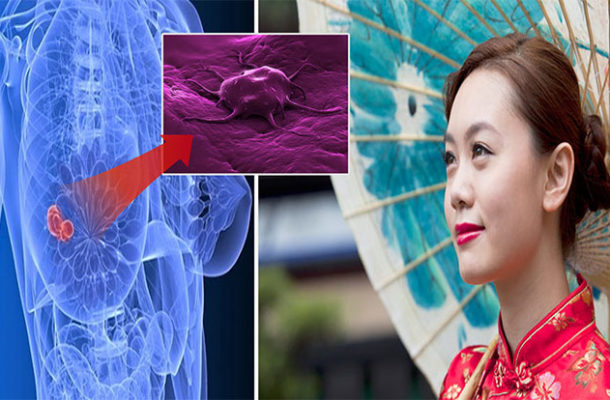 One of the leading causes of death in women worldwide is breast cancer.

Millions of women fight this battle on a daily basis, and one of them was the famous Professor Jane Plant, who is a devoted wife, mother and a widely respected scientist for her work in geochemistry.

Unfortunately, Plant was diagnosed with breast cancer at the age of 42 back in 1987 and of course, like every other patient, she decided to fight which eventually resulted in her developing a method to treat this awful type of cancer.

So along with her husband who is also a scientist, and a team of experts, Plant started looking for a cure, and in the meanwhile, researching why Chinese people don’t get breast cancer.

As they were working, the professor got the brilliant idea that Chinese people rarely consume dairy products, as most of them believe that milk is only for babies.

Then she remembered back when she had entertained a big Chinese delegation of scientist at the ending of the Cultural Revolution, and when the caterer offered them pudding with lots of ice cream, all of the Chinese people politely refused it.

Milk has been found to be the root cause of most allergies, with 70% of the world’s population not being able to digest the lactose.

Jane on the other hand, remembered that she consumed lots of dairy products when she was diagnosed with cancer, and it had been her main protein source.

Jane’s diet also consisted of lean minced beef and organic yogurts during the chemotherapy, which she was told would help the development of ‘good’ bacteria in her gut, however, Harvard University’s Dr. Daniel Cramer has found a link between ovarian cancer and dairy, so Jane decided to completely avoid these produce.

At the tame Jane had been suffering from the fifth cancerous lump with calipers, and she was undergoing chemo, but as soon as she stopped consuming dairy, the lump in her neck started to itch and eventually shrinked in size in just 2 weeks.

After a while when she couldn’t feel the lump anymore, Jane visited her cancer specialist at Charing Cross Hospital in London, and there, the doctors confirmed that there was no lump and that she had been completely healed.

Now she meditates for one hour every day and claims her condition has gotten better.

Jane enjoys her well-being and strives to share her story with every struggling women across the world.