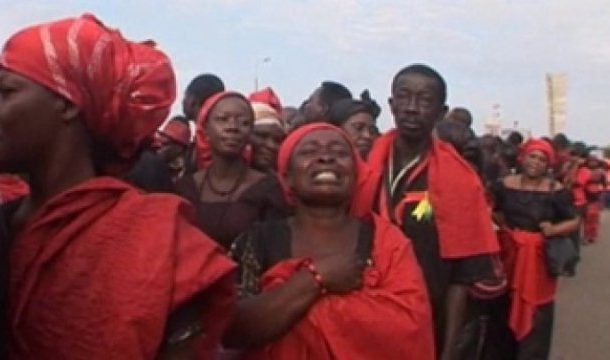 The wife of  presidential candidate of the New Patriotic Party (NPP) in the 1992 election, late  Professor Albert Adu Boahen has died on Sunday.

The 90-year-old wife of the celebrated Ghanaian historian did not battle with any sickness at the time of death, according to myjoyonline.com report.

“She died peacefully on her bed,” he said, adding the 90-year-old wife of the celebrated Ghanaian historian did not battle with any sickness at the time of death.

Mrs Adu Boahene's death comes 10 years after the demise of her husband whose event occurred on May 24, 2006 the same day he turned 74 years old.

Her body has since been deposited at the morgue.

The late Adu Boahen lost the 1992 general  election to founder of the governing National Democratic Congress (NDC), Jerry John Rawlings  and Due to dissatisfaction with alleged ballot rigging in that election, he boycotted the 1992 parliamentary election.er the barton of NPP flagbearership from Prof Adu Boahen in 1996.