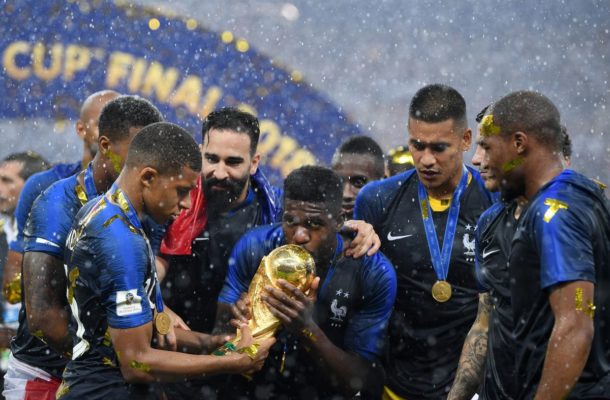 France were hardly a surprising champion at the 2018 FIFA World Cup in Russia. Les Bleus were one of the betting favorites heading into the competition, and they stormed their way through the field on their way to a relatively easy title. It was France’s second-ever World Cup triumph after winning it for the first time as the host nation back in 1998.

The 2022 World Cup will be held in Qatar, which was a controversial choice, to say the least. As of now, France are the early favorites to make it back-to-back World Cup titles. The team was one of the youngest in the field back in 2018, so with what should be plenty of returning faces there is no reason to expect France to endure much of a drop-off in performance a couple of years from now. 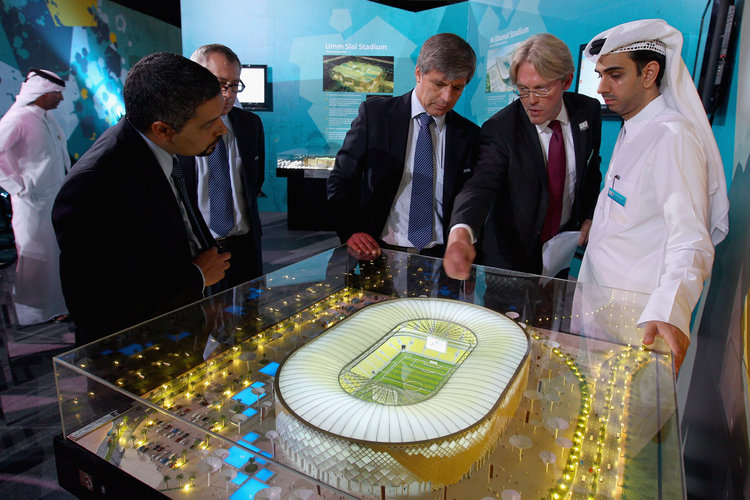 While we generally have a decent idea regarding how teams will look in 2022, nothing is certain at this point. The qualification process hasn’t even started for many of the would-be participants. Qatar are the only team in the field as of now due to automatic qualification as the host country. So, the other 31 teams have yet to be decided.

Of course, there is a lot of football to be played between now and 2022. If you’re interested in betting on any of the World Cup qualifiers or any other football match, TheSportsGeek.com is unrivaled when it comes to offering betting advice and high-quality football picks. France will certainly be among the most heavily favored to qualify for 2022, followed by teams like Brazil, Spain, England, and Germany. As of now, France are listed as 6/1 favorites at most legitimate betting sites.

Will France win another World Cup in ‘22? Or will FIFA crown a new champion? 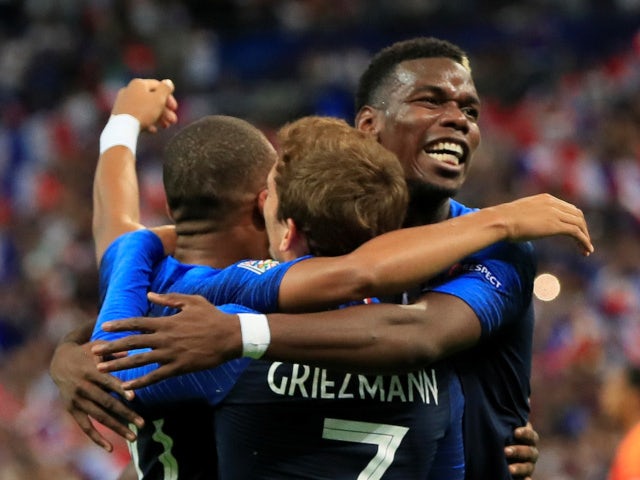 
As mentioned, France is oozing talent, and many of the contributors that led the squad to World Cup glory in 2018 will return for the 2022 edition. Barring some sort of injury or a cataclysmic drop-off in performance, the likes of Paul Pogba, Antoine Griezmann, Kylian Mbappe and N’Golo Kante will suit up again for Les Bleus in a few years.

Hugo Lloris will be 35 by then, and there is a decent chance he is replaced by a younger goalkeeper between now and 2022. If not, though, 35 is still a young enough age for a keeper. 2018 contributors like Benjamin Pavard, Lucas Hernandez, Samuel Umtiti and Raphael Varane will all still be in their 20s.

Olivier Giroud is unlikely to return, but France aren’t lacking in attack. Griezmann can potentially slot in as the team’s No. 10, just behind the star attacking duo of Mbappe and Ousmane Dembele. Frankly, France could bring back the same 23-man squad that won the 2018 World Cup in 2022 and they would still be among the heavy favorites. 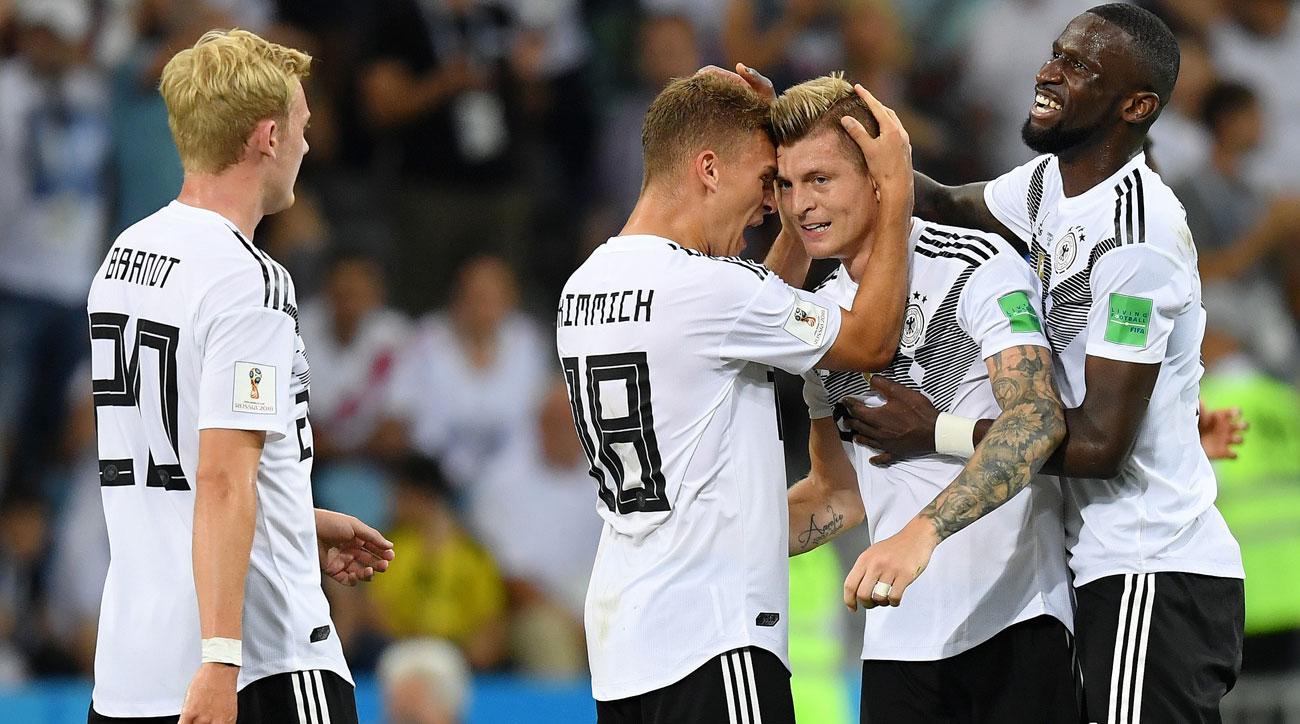 What About the Germans?


While France will stand an excellent chance of pulling off the feat, teams rarely win the World Cup twice in a row. Just ask Germany, who were one of the more disappointing performers in 2018 after winning the 2014 edition in Brazil. The Germans were ousted in the group stage, finishing dead-last in Group F behind Sweden, Mexico and even South Korea.

Manuel Neuer will likely have given way to Marc Andre Ter Stegen in goal by then, which isn’t much of a drop-off. Guys like Mats Hummels and Joshua Kimmich should remain in their starting spots in the back line, but Philipp Max of Augsburg figures to slot in as the No. 1 left back a few years from now.

The team should undergo a dramatic change in midfield, and at this point Leon Goretzka looks like the heir apparent to take control of the central part of the pitch. Serge Gnabry, who is one of the fastest-rising young stars in Europe, should find his way into the German squad by then, while Leroy Sane should be an entrenched force down the wing.

Timo Werner figures to have taken over for Thomas Muller as the Germans’ primary goalscorer up front, though Cedric Teuchert has been described by many as the next great young German striker. Regardless of which player winds up as the top option, Germany are in good hands. 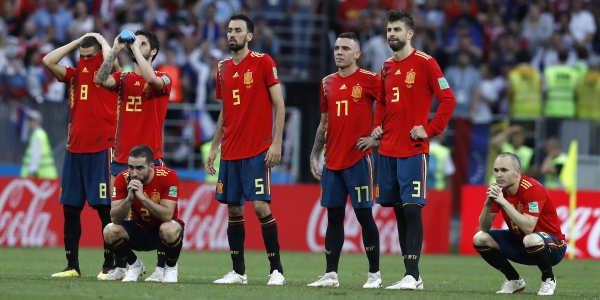 
Spain, who won the World Cup back in 2010, figure to look quite a bit different come 2022. The likes of Sergio Ramos, Gerard Pique and Diego Costa figure to be gone by then. Spain have been disappointing at back-to-back World Cups now, so we should see quite a bit of change in the coming years.

Marco Asensio, Abel Ruiz, and Carlos Alena should man crucial spots in midfield and attack, while Rodri and Dani Carvajal should bring experience to the midfield and back lines. David De Gea, assuming he has not endured a massive dip in performance by then, figures to retain his spot as the first-choice goalkeeper. La Roja’s “Golden Generation” will be gone by 2022, so it will be interesting to see how this squad takes shape over the next couple of years. 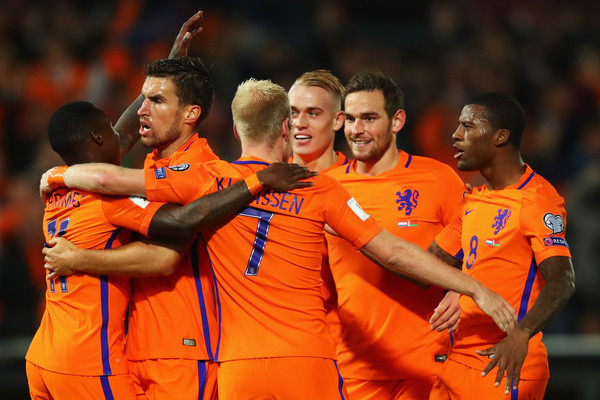 
Historical powers like Italy, the Netherlands, the United States, and Ghana all failed to qualify for the 2018 World Cup, which left the field feeling a bit watered-down. At the very least, the Italians, the Dutch, and the Americans should be back in 2022.

The U.S. have the look of another team in the midst of a youth movement. Christian Pulisic of Chelsea is arguably the best young American player ever, and he will certainly be the headliner as they strive to qualify in 2022. An experienced back line featuring Zack Steffen in goal with Matt Miazga, John Brooks and DeAndre Yedlin should make the U.S. one of the stronger defensive sides in the field.

The Netherlands have been a force since their 2018 failures, and much of it has to do with Virgil van Dijk having emerged as arguably the best defender on the planet. The Liverpool man has taken charge of his national side, and there is a lot of reason for optimism regarding the Oranje moving forward. Frenkie de Jong and Matthijs de Ligt are two of the young rising talents playing for Europe’s elite clubs.


The 2022 field will look quite a bit different from the one we saw in 2018, but the familiar faces will once again rule the day. You can never count a team with as much talent as France out, even if no team has repeated as World Cup champs since Brazil in 1958 and 1962. If anyone can do it again, it’s this French side.

Germany, Italy, England, the Netherlands, and Spain will be among the retooled European sides giving France a run for their money, while Brazil is always lurking among the favorites, as well. It’s never too early to bet on the 2022 World Cup, and it won’t be long until the field begins to take shape.