I Will Never Incite People Against Mahama – NPP Vice Chair 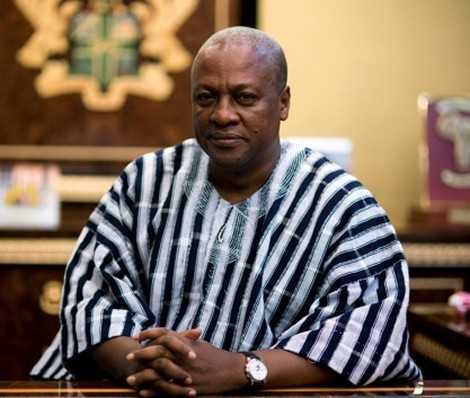 The 1st Vice Chairman of the opposition New Patriotic Party (NPP), F.F Anto says he has no hatred for President John Dramani Mahama after government described his ‘firing squad’ comment as a ‘hate speech’.

He noted that “I was just making comparison and never incited anyone to kill the President”.

F.F. Anto on a Kumasi-based radio stated that, President John Dramani Mahama deserves to be hanged or killed at the shooting range for seeking a second term as President.

He wondered why Mahama after his abysmal performance resulting in collapse of the country’s economy within the 8-year rule under National Democratic Congress (NDC) would turn around to ask Ghanaians to retain him for 4 more years.

According to him, brotherliness and forgiveness are imbibed in the citizenry else, the President just like it happened in I.K. Acheampong’s time would be killed outright.

"Acheampong embarked on massive infrastructural development, he built Kumasi Sports Stadium, Komfo Anokye Polyclinic, but when he mismanaged the economy and inflation shot up, he was overthrown, do you remember what happened to him, he was shot to death, the way and manner Mahama has mismanaged the economy, if not for civilisation and democracy, he should have been killed by now," he said.

But government has condemned and described as “despicable” claims by F.F Anto suggesting that President John Mahama must be shot for boldly seeking a second term in office.

In a statement signed by Dr Edward K. Omane Boamah “Government takes a serious view of the NPP Vice Chairman’s comments on Abusua FM and wishes to condemn the opposition party’s constant resort to hate speech. Hate speech, plotting violence and calls for murder must not have a place in our politics,"

“Previous failed assassination attempt on President Mahama and the fact that only recently the NPP imported three South African Mercenaries to engage in secret training for some hooligans under the now known operation; code named ‘Assaulting the Pillars of Power’,” the statement read.

Speaking on NEAT FM’s morning show dubbed ‘Ghana Montie’ Mr Anto stated that “I am not a violent person. I will not incite people against President Mahama. I will never do that. Why should I do that?