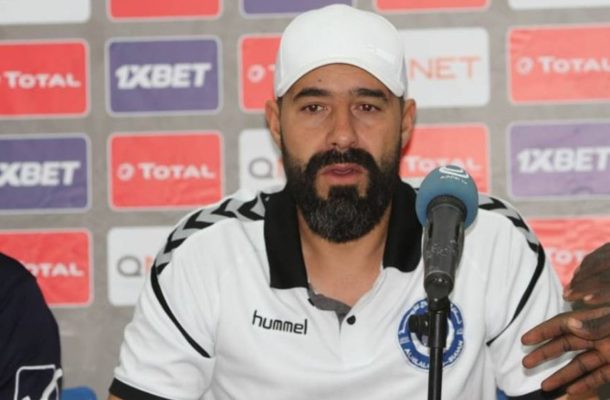 Al-Hilal coach Al-Zaafouri has described his team's 1-0 win over Asante Kotoko as "a good start " for his team as he  heaps praises on his players for "a great effort".

The porcupine got roughed up at the hands of the 27 times Sudanese champions, after showing early glimpses of brilliance 2018/19 Caf Confederation Cup  group C opener.

Speaking at a post-match conference, Al-Zaafouri said “In front of Asante Kotoko, we have achieved the most important team stage matches, especially when you play in your home and in the middle of your team. We have broken a long fast for the Al Hilal team during the group stage.”

”This is a good start for us. These are the fruits of a great effort for the Crescent Council under the leadership of Dr Ashraf Cardinal, despite his presence outside Sudan, had continuing contact with the technical framework and follow-up of the team’s preparation.
“We will see the bar of the game ZESCO and Nakana with the players to find out the strengths and weaknesses of the competitors, and we will make sure to correct our mistakes in the match against Kotoko to appear better and achieve more Positive results,” he added.

Al-Hilal will face Zambian giants Nkana in their next Caf Confederation Cup game as they look to claim another three points to aid their chances of reaching of the quarter-finals.