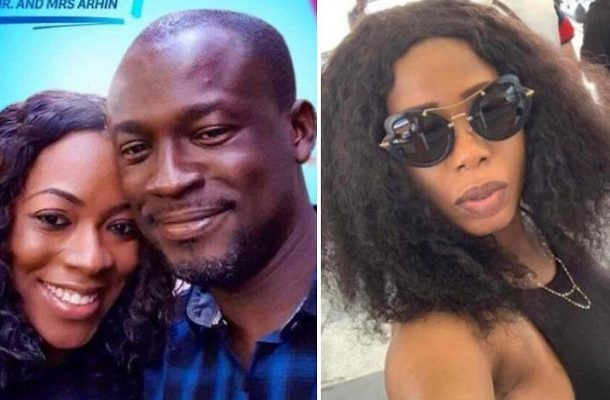 After out missing out on some financial requests she made in her divorce suit, Gloria Assan, the ex-wife of Eugene Arhin, the Director of Communications at the Presidency has a GH¢3.5million defamation suit to contend with.

This is after the lawyers of Chatelle Kudjawu, the lady who was the subject of adultery allegations by Gloria Assan filed her final supplementary submission at Division 2 of the Accra High Court where the $3.5million dollar defamation case is being heard.

A copy of the supplementary submission sighted by GhanaWeb deflates an argument by counsels for Gloria Assan that the conduct of their client falls under the principle of absolute privilege as the allegations were contained in a lawsuit.

“My Lord, as has already been mentioned, there are exceptions to the principle of absolute privilege in judicial pleadings. One of such exceptions is as laid down by the author Spence Bower at page 92 of his book on “A CODE OF THE LAW OF ACTIONABLE DEFAMATION (1908)”. He states that absolute privilege does not apply to or include any publication of defamatory matter to any person other than those to whom, or in any place other than that in which such publication is required or authorized by law to be made for the proper conduct of the judicial proceedings," it read.

The lawyer for Chantelle Kudjawu also argued that the medium used by Gloria Assan to publish the divorce suit exposed her client to public ridicule.

The supplementary submission comes after the Accra High Court ruled that Gloria Assan could not substantiate her claims of adultery against Eugene Arhin in which she mentioned Chantelle Kudjawu as Eugene Arhin’s partner.

"And, he does not discharge this burden unless he leads admissible and credible evidence from which the fact or facts he asserts can properly and safely be inferred. The nature of each averment or assertion determines the degree and nature of that burden.”

She noted further that “Direct evidence of adultery is rare. In nearly every case, the fact of adultery is inferred from the circumstances which by fair and necessary inference lead to that conclusion.

"There must be proof of disposition and opportunity for committing adultery but the conjunction of strong inclination with evidence of opportunity will not lead to an irrefutable presumption that adultery has been committed.

"Likewise, the Court was not bound to infer adultery from evidence of opportunity alone.”

She, therefore, noted that “the petitioner (Gloria) merely repeated her pleadings, and thereby failed woefully to adduce evidence of circumstances that would have enabled the Court to make the necessary inference to the effect that the Respondent (Eugene Arhin) committed adultery."

This part of the ruling was captured in the statement by the lawyer for Chantelle Kudjawu.

“It is on the strength of this that we respectfully refer your Lordship to the judgment in respect of the Applicant’s divorce petition involving the published pleading containing the defamatory statement. In Applicant’s divorce petition, Gloria Assan Arhin v Eugene Kofi Bentum Arhin, Suit No. DM/0244/2021, Her Ladyship Justice Cecelia Don-Chebe Agbevey held on the 28th Day of April, 2021 that:

“The Petitioner (herein the Applicant) repeated her pleadings and thereby failed woefully to adduce evidence of circumstances that would have enabled the Court to make the necessary inference to the effect that the Respondent committed adultery”.