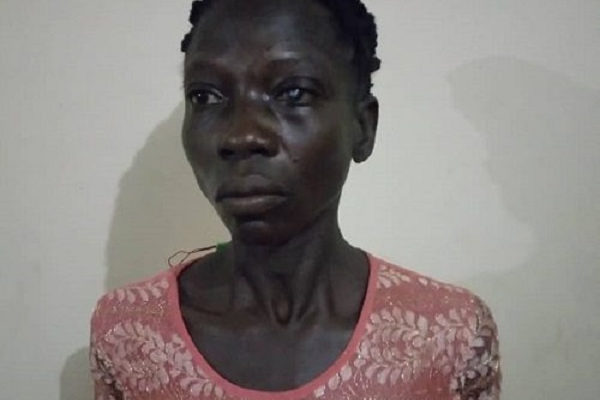 A wife is reported to have committed a gruesome murder by clubbing his own husband to death.

The suspects, a 40-year-old Martha Afia is currently in the grips of Mim police assisting with investigations.

The remains of the deceased, 65-year-old Yaw Awuah, has been deposited at Goaso Government hospital for preservation and autopsy. The incident happened at Kassre cottage, Gambia No1 in Mim District.

On the evening of 10th November 2019, at about 7 pm, the suspect, Martha Afia, picked up a quarrel with her husband, a farmer. In the course of the argument, Afia hits the head of the deceased and rendered him unconscious. He was quickly revived and rushed to Goaso Government Hospital where he died shortly.

Martha was arrested and placed in detention by the Mim Police as investigations continue.