Woman in toxic marriage stabs herself, 4 kids to 'end it all' 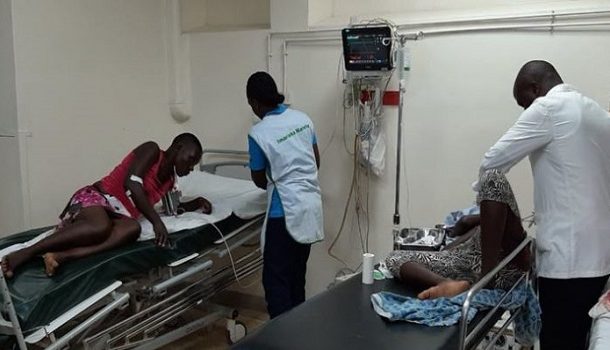 A 40-year-old woman and her four children are nursing serious wounds at the hospital following a botched suicide attempt.

Mercy Anyango from Kenya, locked herself and her four children in their house on Tuesday evening where she stabbed them several times with a sharp knife.

She then stabbed herself in the stomach and throat before neighbours were attracted by the wailing of her children.

They broke into the house and found the five bleeding profusely with the woman still holding the knife in her hands.

The woman and her children, two boys aged 12 and 7 and two girls aged 11 and 9, were taken to Awasi Catholic Dispensary where they were given first aid and transferred to the major facility.

Dr. Brian Amata, who works at the emergency unit, said the four children have been stabilised.

The doctors, he said, were in the process of taking x-ray pictures of the mother to establish the extent of her injuries.

Speaking to the media at her hospital bed, Anyango said she took the beastly action after being chased away from her matrimonial home.

“I have endured so much pain in his hands. This time round he descended on me with kicks and blows and asked me to leave because he married another wife. So I decided to kill myself and the children,” she said.