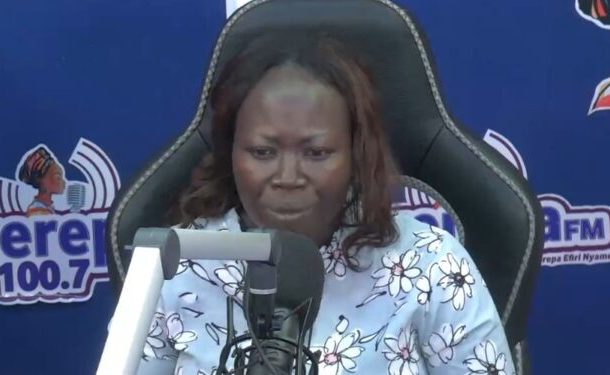 A woman by the name, Mother, who lives in Kumasi has sadly recounted how his ex-lover, Yaw Boafo, a sub-chief at the Offinso Palace together with his friend, Akwasi Kyei ganged up and raped her.

According to her, she dated one of the suspects, Yaw Boafo for a year.

Narrating her ordeal on Oyerepa Afufuo, she disclosed that they slept with her countless time.

"Yaw Boafo called and told me he has some issues to discus with me. I met him and his friend at Atinga junction in Kumasi". she stated.

Mother explained that Yaw Boafo asked her to accompany him to the friend's house for a bag.

“Yaw Boafo 50 years, asked me to accompany him to his friend, Kyei's house to carry a bag. When we got there he told me, we are not here for a bag but I'm coming to have s3x with you." She told Aunty Naa host of the show.

According to Mother, her effort to prevent Yaw Boafo couldn't succeed because his friend, Akwasi Kyei, a plywood seller, join him to force her.

“I was struggling with Yaw Boafo, but his friend Akwasi Kyei came in and started losing his belt, they eventually slept with me simultaneously." Mother sadly explained.