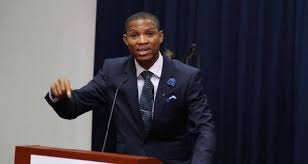 To say that the good people of Madina made no mistake by rejecting all forms of inducement to elect Lawyer Francis Xavier Sosu as their Member of Parliament in the 2020 elections, is an understatement.

Truth be told, the young first time legislator, without sounding exaggerative, has already lived up to the billing in his almost six months stay in the law making House. To me, he has justified why he was chosen ahead of others.

For almost five years, I have bemoaned the practice where people were wrongly arrested and/or detained and in some instances convicted without adequate compensation. The lack of adequate compensation for such persons was as a result of no legislation defining wrongful arrest, detention and malicious prosecution. The absence of this form of legislation has also created a situation where persons who were courageous enough to take on institutions for wrongful arrest, detention or conviction, to appeal to the conscience of Judges to exercise their discretion in awarding compensation. In some instances, legal gymnastics and/or lack of money to pursue such cases have led to victims not getting any form of compensation.

I recall how my colleagues and I discussed this issue passionately after one of our Criminal law lectures during our schooling days. Left with no immediate solution to what we saw as a problem since independence, we consoled ourselves that one day this would catch the attention of Parliament. Short of saying our prayers have been answered five years after, I have just read in the news, and indeed have sighted a document to that effect, that Parliament may promulgate what is terms Compensation Act to deal with the issue.

And the one fronting this law is the MP for Madina, Hon Francis Xavier Sosu. To be exact, the yet to be drafted Compensation bill, which when passed, will crystalized into Compensation Act, is the brainchild of the renowned Human Rights lawyer. I am not surprised that he is the one pushing for this because, before he became MP, he was involved in a number of cases relating to wrongful arrest, detention or conviction. He was, and if I am not mistaking, still one of the pillars of the Justice for all program.

Beyond what constituents expect of their MPs, what Hon Xavier Sosu has done is the primary duty of an MP, and for this, he has won my admiration. Though too early, Hon Xavier Sosu should be one of the first time MPs we should be bold enough to advocate second term for them. I think our Party must begin to take note of some of our hardworking MPs like Francis Xavier Sosu and find ways to give them 'smooth' pass for second term bid.

For now, I can say Madina Constituency is in safe hands and well represented in Parliament. If the representation the MP has given the good people of Madina so far in Parliament does not suffice as acts worth commending, then I don't know what we should be applauding. Hon Francis Xavier Sosu, may have his flaws, but on this particularly issue, he is the MAN!