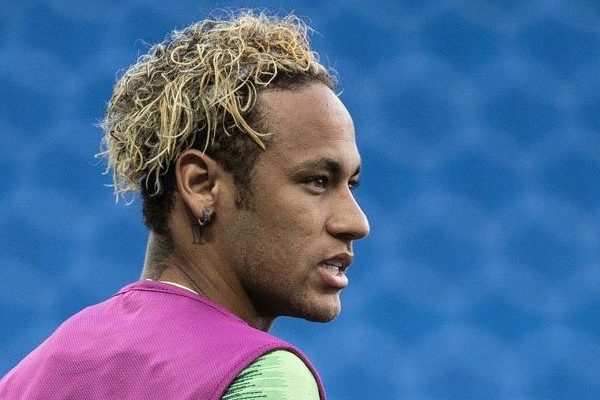 Neymar has lingering problems with his ankle which prevented him on Tuesday from finishing the practice session with Brazil.

While he gets treated for his injury, he also knows that he has to improve for Brazil’s next game against. And it all may start with the hair.

According to several media reports, the Brazilian star has decided to change his hairdo after legions of football fans mocked what they called Neymar’s ” spaghetti” hairstyle.

Former Manchester United great Eric Cantona joined the bandwagon posting on Instagram a picture of himself with pasta poured over his head holding a portrait of Neymar.

Neymar is not the first Brazil star with bizarre haircuts at the World Cup. In 2002, Ronaldo shaved almost his entire head while leaving a small amount of hair just on top of his forehead.

Brazil won the tournament that year.

Saudi scare in the air

Saudi Arabia’s delegation is safe again and resting at its residence after a reported engine failure on their flight to Rostov-on-Don on Tuesday for its next World Cup game against Uruguay.

The Saudi Arabian Football Federation confirmed suffering a technical failure in one of the airplane engines. Despite the incident, the team posted photos of the players exiting the plane and smiling Monday night.

The Saudis were beaten 5-0 by Russia in the World Cup opener in Moscow last week. Uruguay beat Egypt 1-0 in its first game in Group A.