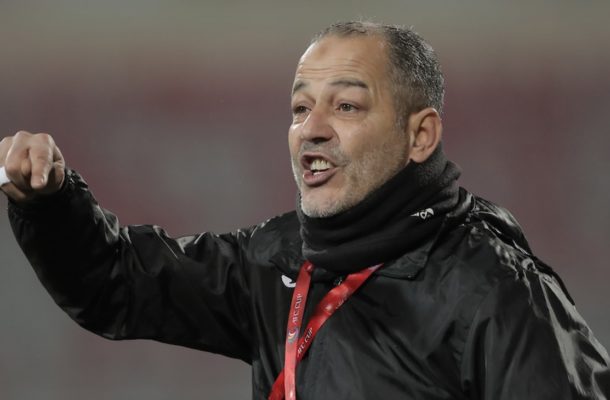 
The Jordanian side had marked their return to the competition with a hard-fought victory over Nejmeh at King Abdullah II Stadium on Monday.

Just 48 hours before their first continental encounter, Al Wehdat had to navigate an away trip to Irbid where they defeated Al Sareeh 4-2 in the domestic league. And coach Yakoubi was adamant that fixture congestion had impacted his side’s preparations for the Nejmeh clash.

“We had to prepare for facing Nejmeh, who are a tough opponent, just 48 hours after playing Al Sareeh,” said the Tunisian manager.

“I wish we were given more time for the players to rest and recover and for us to better prepare for this match.”

Saeed Al Murjan tapped in from Hamza Al Dardour’s cross 11 minutes into the game for what proved to be the winning goal, but by the time the half-time whistle went off, both players had already seen their involvement ended prematurely.

“We struggled following the red card for Al Dardour,” Yakoubi bemoaned the loss of his striker who received his marching orders following a tussle with Nejmeh’s Chams Deen Chaona which resulted in both players being shown the red card.

“Before that we had lost Al Murjan to an injury, which complicated things for us. Nejmeh played very well, but we fought against the circumstances and managed to walk away with the three points.”

With his side looking to defend their lead for the final half an hour, Yakoubi introduced young midfielder Anas Al Awadhat for his continental debut, replacing Adham Al Quraishi.

The manager was full of praise for his side’s display on the night, but singled out his 21-year-old player, who had made his first team debut just over a year ago.

“I am satisfied with our overall performance and teamwork. Al Awadhat is growing in confidence and harmony with the rest of the team. He fulfilled both defensive and attacking duties very well.”