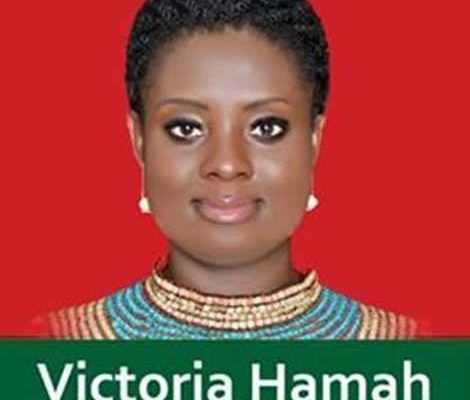 A former Deputy Communications minister in the erstwhile John Mahama administration, Victoria Lakshmi Hamah has blamed her humiliating defeat in the parliamentary primary election in the Kintampo North Constituency in the Bono East Region on her unwillingness to bribe delegates on Election Day.

This is the second time Victoria Hamah has failed to cross beyond the parliamentary primary to represent the opposition National Democratic Congress (NDC) after similar failed attempt in 2015.

Ms Hamah who was dismissed by President Mahama in 2013 over a secret recording in which she was allegedly heard revealing that she would only quit politics after getting a million dollars from it, lamented that Ghana’s politics has been handed to the highest bidder.

In a Facebook post detailing reasons for her loss, Ms Hamah affirms that she was rejected by delegates because she “vowed never to use money to rob the people of their dignity.”

“I campaigned on a message hoping to inspire delegates to awaken in them a higher consciousness towards transformational change. Elections in Ghana is so easy. Just make sure you are the highest bidder on the Election Day and you will surely win,” she wrote.

Delegates in Kintampo North Constituency of the Bono East Region elected John Kwame Kumah, who got 532 votes. His closest contender, Richard Kwadwo Kombat, obtained 486 votes while Abdul Rahaman Yakubu got 207. The least votes of 65 were obtained by Victoria Hamah who had hoped to be third time lucky.