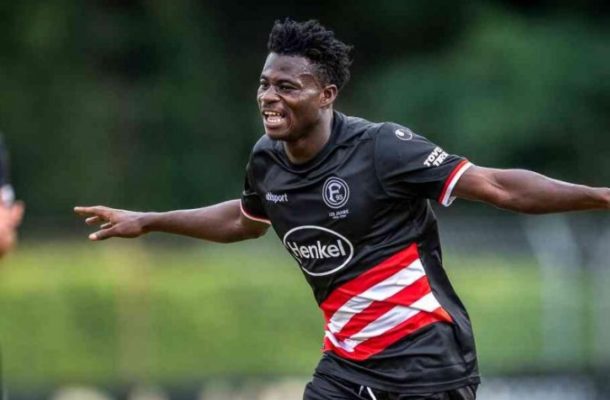 Ghanaian Youngster, Kelvin Ofori marked his German Bundesliga debut for Fortuna Düsseldorf in their 1-1 draw with Mainz 05 at the Opel Arena on Sunday.

The former Right to Dream attacker was introduced in the last eleven minutes of the game with his side looking for  winning goal.

After a barren first half, Levin Oztunali fired the opener for the home side early in the second half before Kenan Karaman got the leveller for Fortuna Düsseldorf.

The 18-year-old Ghanaian attacker was introduced on the 79th minute to replace Valon Berisha for his first league action.

He has scored one goal in his three matches for Fortuna Düsseldorf in the German DFB Pokal Cup.