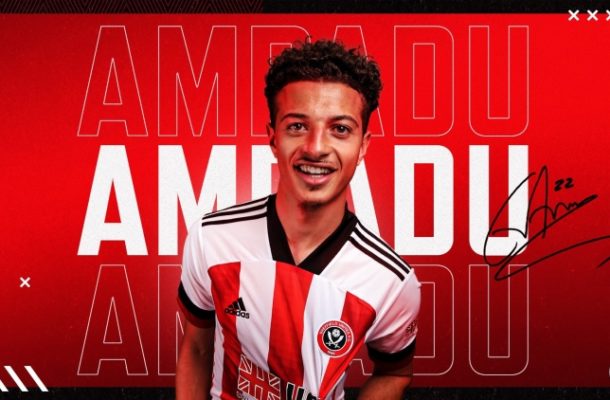 Youngster Ethan Ampadu has completed a season-long loan switch to Premier League side Sheffield United from Chelsea, the club have announced.

The 19-year-old defender of Ghanaian descent has completed his to the Bramall Lane Stadium outfit on Monday and ahead of the 2020-21 English topflight campaign.

Having been farmed out to German elite divsion side RB Liepzig last term, the former Exeter City guardsman has again been shipped out by the "Blues" to fellow EPL side in order to gather the needed exposure in the Premier League as a budding prospect.

Sheffield United boss Chris Wilder was full of encomium for the versatile stopper over his talent and has thanked his colleague gaffer for making his acquisition possible for his side this summer.

" Ethan is an outstanding young player for Chelsea, and we've worked really hard to get his signature for the season," Wilder told the Club's offficial website.

"We need to thank Frank Lampard and the people at Chelsea for helping making this happen. We've got a good relationship with them and they know we're going to take good care of him.

"It's an important season for Ethan and playing in the Premier League for us is a good move for everyone. He brings a lot of qualities to the group and he's someone we've tracked for two or three seasons."

Ampadu's running contract with Chelsea will expire in June 2023 and his market value has been pegged at €9m as per transfermarket.

He has been capped 13 times by the Wales senior national team.