You’re cursed, anything you touch will be cursed – Owusu Bempa slams Agradaa, others 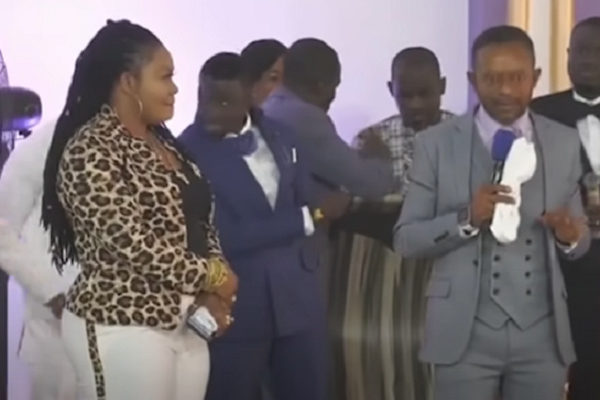 According to Rev. Owusu Bempah sharing the old videos on various social media platforms including Youtube and Facebook is an indication that she has an agenda against him and therefore he decided to curse her.

Disclosing what they said against him, Rev Owusu Bempah said Nana Agradaa and her cohorts which includes one Manasseh, PJ, Perpetual Donkor have said that he has had video sex with Maame Ng3g3 but indicated that he has not seen Maame Ng3g3 before and therefore it’s very worrying that they make such allegations about him.

The Pastor also cursed any media personality who does not understand what’s happening and will condemn him for cursing people who have planned his downfall.

“Whoever is part of this group that has plotted against me and has spoken evil about me should lose their firstborn children and their last-born children.”