You're meant to be single if you show these 10 signs 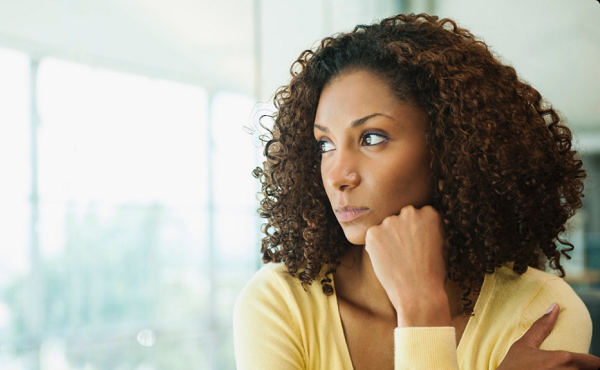 Have you ever found yourself wondering what exactly is so appealing about being in a relationship in the first place?

Once the initial butterflies quit fluttering and that can’t-keep-your-hands-off-one-another feeling fades, it’s clear to see that some people — no matter how romantically inclined or sexually attracted they may be — just aren’t really the relationship type. And obviously, that’s OK. If you identify with any of these 10 signs, you may be better off single (No. 9 is a sign you already know you’re meant to be single).

1. You have high avoidance goals

For people who absolutely cannot deal with disagreements, being single just may be their happy place. Although modern society and a social media-obsessed culture often dubs people in relationships happier than those not in relationships, some research begs to differ. In a study published in Social Psychological & Personality Science, researchers evaluated the connection between being happy, or unhappy, and relationship status.

2. You are single at heart

As Bella DePaulo, Ph.D., puts it in Psychology Today, being single is all in your perception of it. And as she prefers to explain it, a person is single at heart when they see themselves as single, as opposed to referring to being single as some sort of personal failure. Whether your life includes the occasional romantic relationship, someone who’s single at heart doesn’t aspire to live as part of a long-term couple. So, just as some people feel they are meant to have children, the same can be said about those who are at their best when they’re single.

3. You have a sense of personal mastery

Lots of people have a can-do attitude, and regardless of relationship status, this outlook delivers a sense of accomplishment, pride, and positivity. If you’re certain you can do anything you set your mind to, consider yourself a contender for single at heart.

When a person has a sense of personal mastery, they are less likely to experience negative emotions. Just think about when a toddler is taught to dress himself, rather than always having his parent automatically do it for him. He’ll be left with feelings of pride and a sense of accomplishment because he’s done it himself. Similarly, DePaulo says that for singles, the link between personal mastery and freedom from negative feelings is stronger than it is for people in a relationship.

4. You are highly self-sufficient

Being self-sufficient doesn’t just mean you’re capable of dealing with things on your own, but that you actually like to deal with things on your own. If a person has been single for some time, it’s obvious they’re likely to do things on their own, regardless of whether they want to at first. However, as time goes on and they repeatedly take decision-making into their own hands, they’ll likely become more confident in doing so. “For people who have always been single, the more self-sufficient they are, the less likely they are to experience negative emotions,” DePaulo says. “For people who are currently married, though, it’s the opposite — the more they like dealing with things on their own, the more likely they are to have negative feelings.”

While not all relationships require a person to be attached to their partner’s hip at all times, if you’re someone who feels your freedom is totally revoked in each and every relationship you’ve been in, the single life may be best for you.

As relationship expert and author April Masini told Bustle, “Some people simply know they want to stay single. They enjoy the freedom, and they don’t have any anxiety about missing out on being part of a couple.” And trading in your freedom for a life partner better be something you’ve put a lot of thought into.

6. You’re afraid you’ll miss out on something better

You’re familiar with FOMO, right? Good, because the fear of missing out is a very real thing in today’s social media obsessed world. HuffPost explains many people are concerned they may be missing out on something more fun, more beneficial, or more productive. Well, the same can be said about relationships — but in a good way.

While FOMO often comes with a negative connotation, it may also help explain why you choose to be single, and are happy doing so.

There’s nothing wrong with seeking various opportunities and running with them. And maybe you’re that kind of person. Although this Inc. article describes the addiction to opportunity in business terms, the same can be applied to relationships.

Think back to the previously mentioned notion of being single at heart, regardless of occasional (often short-lived) romantic relationships. Even if you’re a person who likes to date around or isn’t afraid to get to know someone new, that doesn’t necessarily mean you aren’t choosing to be single in the long run.

8. You question your purpose in life

If you believe you were put on this earth for a specific purpose, it’s possible you may spend your entire existence seeking your true calling. Or, maybe you just want to know where you fit into everything. If either of these sounds like you, a relationship may not be the best idea.

Dr. Jennifer Howard tells Bustle the reason a person isn’t in a happy, healthy relationship may be because they want to know on a deeper level why they’re here. And maybe this search will last a lifetime. Were you put on this earth for a purpose far bigger than yourself? Discovering the real reasons for your existence is a powerful journey, one that may demand your sole attention, sans significant other.

9. You’re not willing to settle for less than perfection

Most people know there’s no such thing as perfection. Despite this, there are still some who will stop at nothing in their search for Mr. or Mrs. Right. If you’re self-aware enough to admit you’re looking for perfection, yet you know deep down you’ll never find it, you’ve already acknowledged you’re meant to be single. As long as you’re completely fine with the reality that no one will ever live up to your idea of perfection, you’ll be more than content without a significant other by your side.

10. The thought of sharing your finances terrifies you

There are certainly couples who keep their finances separate. But if we’re being honest here, money often muddies the relationship waters, even if you and your partner do commit to keeping your own bank accounts. With a dinner here and an anniversary gift there, your earnings are bound to cross paths at some point. But if you’re just not willing to share the fruits of your labor with any other person, the single life is calling your name.

Interestingly — although not too surprisingly — financial issues are often behind relationship rifts. According to the American Institute of CPAs, “Couples average three arguments a month about financial issues.” Additionally, three in 10 couples who are married or live together admit they’ve been deceitful about money. If it’s just not worth it to you, you’re better off if you just take your money and run.