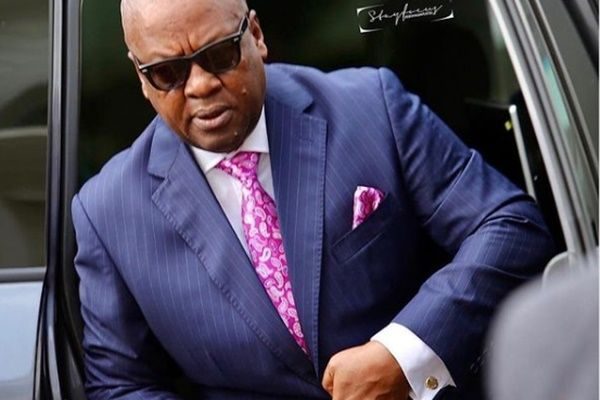 The governing New Patriotic Party (NPP) has chastised former President John Dramani Mahama over his accusations of corruption against the Akufo-Addo administration.

Speaking at a press conference at the party’s headquarters in Accra on Thursday, the General Secretary, John Boadu, indicated that Mr. Mahama has no moral justification to talk about corruption, let alone accuse the ruling party of same when his administration was plagued with corruption which can not be beaten by any party in government.

“Former President Mahama asserts without proof that the NPP has stolen Ghana’s money and that, he can ensure accountability through elections. Extremely rich, coming from a party credited by the Supreme Court of Ghana, with the ability to ‘create, loot and share’ public funds with impunity,” Boadu said.

The NPP has reminded Mr. Mahama and his NDC of a number of sweetheart deals which defined the previous administration.

“Is Mahama, of Government Official One infamy and the Ford vehicle from Kanazoe Contractors, talking about corruption?”

Mr. Boadu continued, “Is that the same Mahama whose government signed onto a half-baked contract of $1.2 billion for the Ghana Retail Payments Systems Infrastructure? Sibton Switch Systems Ltd have just lost an arbitration demand for $478 million from Ghana for revoking that agreement. The Akufo-Addo administration did a far more enhanced project for only $4.5 million. $1.2 billion to $4.5 million”.

According to Boadu, Mr. Mahama’s friend, Rowland Agambire was at the centre of being granted unbudgeted contracts without even PPA approval and paid upfront before services. Agambire, he continued, used some of the money to buy homes in Dubai and pay media houses for NDC’s 2012 adverts. His biggest money heist was the Sibton contract. The fallout from the exposé was that the contract, was awarded at a cost of GHC4.6 billion under John Mahama, Boadu stated.

“John Mahama proved to be so corrupt that during his time as Vice President, his boss, late President Mills had cause to set up a committee to investigate the role played by him (John Mahama) in the processes leading to the acquisition of five aircrafts including Embraer 190 Aircraft and a hangar for the Ghana Armed Forces,” the General Secretary added.

The NPP has thrown a challenge to Mr. Mahama to back his allegations with actions by going to established institutions which deal with corruption and corruption related issues.