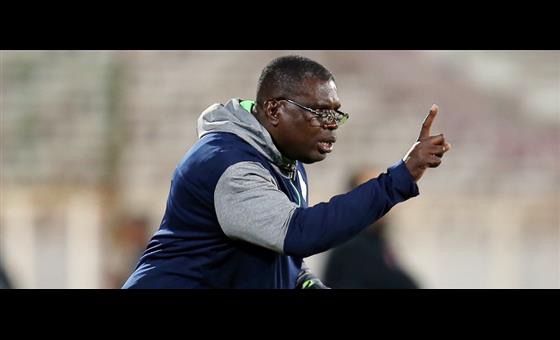 Zesco United coach George Lwandamina says they are not gambling on getting a draw away in Kumasi on Wednesday against Asante Kotoko but aiming to stay top of Group C.

The Zambian club visits the two-time African champions on match-day-two hunting for another three points to stay in command of Group C.

Zesco began their Group C campaign with a 2-0 home win over fellows Nkana on February 3 in an all-Zambia affair played in Ndola.

On the other hand, Kotoko return home after losing 1-0 away Al Hilal of Sudan on the same date in Khartoum.

“The players know what is involved and even the importance of this game. So we cannot separate the game we have played, the game we are about to play, and are later going to play. They all have the same significance towards our quest to qualify to the quarterfinals,” Lwandamina said.

“I don’t believe in playing cautious games away, we need points. It is about points in this tournament and if anything attack is the best defence."

Lwandamina is hoping for better fortunes in his and Zesco’s second-ever visit to Ghana where they 2-0 lost on their debut visit in the second round of the 2014 edition of the competition to Medeama in Takoradi en route to making a 2-1 aggregate exit.

The burden to collect Zesco’s first away win in Ghana rest on the shoulders of strikers Jesse Were and Lazarus Kambole.

Kambole and Were have been in prolific form with five goals each from seven competitive games since Zesco began its continental race from the Total CAF Champions League last November.

Meanwhile, Zesco welcome back captain and goalkeeper Jacob Banda who missed the win over Nkana to serve a one-match suspension.

Midfielder Enock Sabamukumana is also back following his recent recovery from an injury he sustained on the eve of Zesco's Total CAF Confederation Cup pre-group stage first leg match against Kaizer Chiefs in Ndola on January 13.