Police use batons to beat protesters marching to government buildings after opposition gets boost from war veterans. 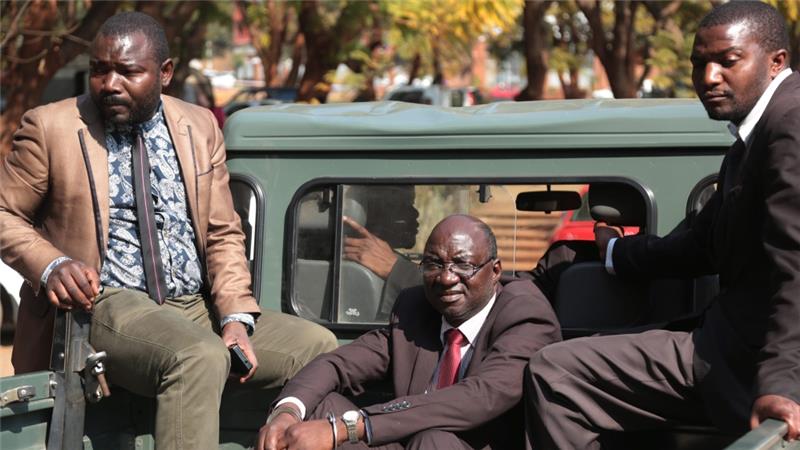 Police used batons and fired tear gas to break up an anti-government march in Zimbabwe's capital, Harare, the latest protest against President Robert Mugabe's handling of the country's economic crisis and alleged corruption.

Hundreds of activists gathered outside the finance minister's office on Wednesday to demand that he abandons plans to introduce local bank notes that will be used alongside the US dollar, a hard currency that is in seriously short supply.

Zimbabwe abandoned its own currency in 2009 following hyperinflation, adopting a multi-currency system dominated by the dollar.

"We don't want bond notes because they will wipe out the few US dollars left. They have come to destroy the country. We do not want them," protester Wesley Chawada said.

Former vice president Joice Mujuru on Tuesday launched a Constitutional Court challenge against the planned introduction of the bond notes saying it was unconstitutional.

Another group of protesters, calling themselves unemployed university graduates, marched to parliament wearing their graduation gowns.

"Mugabe just quit, I will forgive you", read one placard held by a marcher, while another said "No to police state, you have failed Mr Mugabe."

Mugabe, 92, has held power since the country's independence from Britain in 1980. He is increasingly under pressure from opponents, as well as his war veterans allies, who last month rebuked him as a manipulative dictator, and calling on him to step down.

Street protests have become a near-daily occurrence in the southern African country, which also faces massive unemployment and accusations of corruption.

Mugabe last month said people unhappy with the situation in the country should pack up and leave.

Demonstrators have denounced Mugabe and his ruling ZANU-PF party, accusing it of failing to create up to 2.2 million jobs that it had promised when campaigning during the 2013 presidential vote, which Mugabe won amid opposition charges of rigging.