5 tips to improve your game in ‘Rainbow Six Siege’ 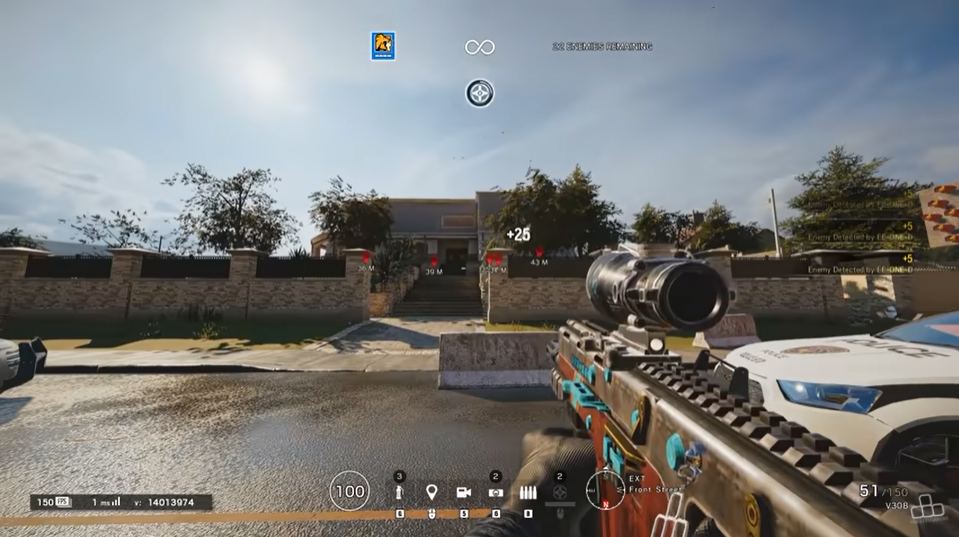 It can be difficult to get started with Rainbow Six Siege because it is not a straightforward game to play, especially for novices. While Rainbow Six Siege may appear to be just another first-person shooter, there is a lot more to this hyper-realistic, strategy-based game once you start playing it. Before you can truly master the game, you must first learn and understand several things. This game will test you at every turn, from its unique character to its surprisingly sophisticated mechanisms.

You can't rush your character, whether with guns blazing or protecting or attacking a bombsite. But how are you going to stay alive in the game after that? You don't have to be concerned! The following are the top 5 very simple and efficient Rainbow Six Siege tips and hacks that will help you keep one step ahead of your opponents and ultimately win the game. Let's look at what we have in store for you in Rainbow Six Siege to help you stay alive.


First and foremost, you should consider playing Rainbow Six Siege more frequently. You'll know very little about the game as a new player. It will take some time to improve your skills, understand the controls, and navigate the maps.

By playing for longer periods, you will improve and be able to defeat competitors easily. You'll be able to plan once you've sorted out the maps. This guarantees that you have a strategy in place to outperform your competitors. You should play this game more often if you want to improve your skill.


If you're seeking new ways to improve your skills, try employing the most recent Rainbow Six Siege hacks 2020. You can make your character invincible by using cheats. No one is going to be able to stop you.

You'll be able to annihilate your opponents without flinching. Keep in mind that you must employ safe hacks, or your account will be suspended. Be vigilant and make sure you're working with trusted providers to avoid problems.


As an attacker, you must proceed with caution as you approach the bomb sites, taking care to avoid any traps that the defensive squad may have constructed. If at all possible, you'll want to engage your adversaries from a distance, which makes scoped rifles with a longrange of fire desirable.

When it comes to defense, the opposite is true: attackers must come to the defender, which allows you to draw them into range for a quick shotgun blast or SMG burst.


This game can be played in a variety of ways. You may find yourself on the defensive at times. This can be more difficult because you'll need to tackle the problem rapidly. Otherwise, the timer will run out, and you will lose the game. When you're on defense, you should make the most of your time.

You can quickly turn the game in your favor if you can save your hazardous grenades. It would be helpful if you always use the clock when you defend. The defensive squad will find that waiting and being patient will simplify things.


Finally, make every effort to use all of your senses. Your eyesight will be crucial, but you will also need to rely on your hearing. You will be able to hear various things in this game if you listen carefully.

Someone, for example, can be heard trying to creep around the corner. You'll also be able to spot gunfire far more quickly. Break windows to allow you to hear your assailants as they approach. You'll have a higher chance of winning Siege if you learn to listen to the game's sounds.


Rainbow Six is a superhero team consisting of six members. Rainbow Six Siege is one of the best competitive shooters available today; the community has been around for six years; and it doesn't appear that a new Rainbow Six game will change any of those truths very quickly.

At first glance, the claustrophobic maps and sophisticated mechanics can be intimidating, but the Siege community has developed and refined a delicate meta over the course of time. If you have been playing Siege for a while, most of these suggestions will come naturally to you; but, if you're new to Siege and coming from other competitive shooters, you'll have a lot to learn, and this is only the beginning of your journey.